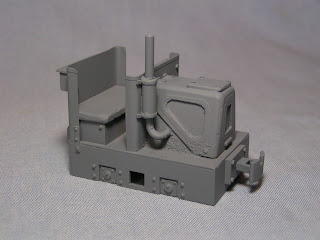 I spray painted the completed model (see earlier post) with 'Makes Paint Stick' a Humbrol product designed for undercoating plastic garden furniture, then basecoated the whole model with Halfords grey primer (the one designed for plastic). 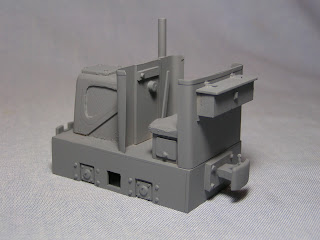 Image Three - The painting was done with brush painted acrylics and acrylics applied with a broken sponge (the sort used to package model soldiers).

Then lots of washes, again acrylic washes, some bought - others home-made. 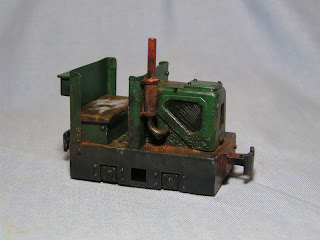 Image Four - The model was spray painted with satin varnish before I added some rust and earth pigment powders. 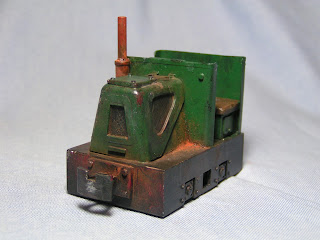 Image Five - I then used a graphite pencil (a 4B pencil) to add some metallic effects. Detail painting was done with a Rosemary & Co No 2 Sable/Synthetic brush. 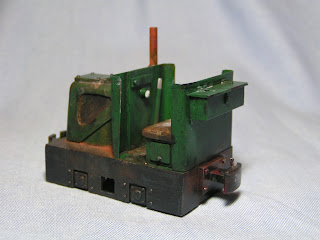 Images Six, Seven and Eight - The finished 'critter' on the section of modified Peco 'crazy track'. Looking back on the original image and inspiration see this post, I think I could have gone even further with the weathering! 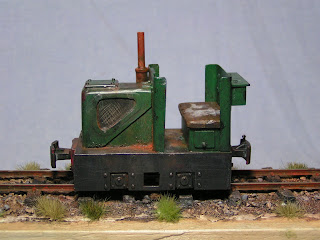 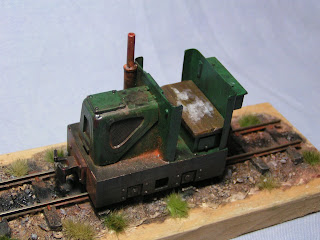 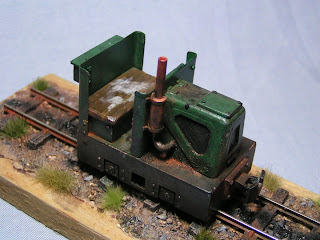 I will now need to sculpt a sitting driver figure - more on this in a later post.

I agree, you could definitely go harder on the weathering. Perhaps just adding some more dirt down the sides of the truck frames would go along way without over doing it.