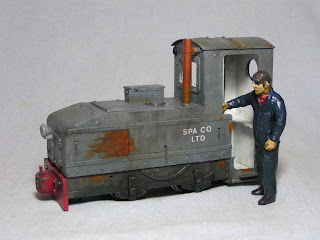 The Feldbahn featured in this earlier post needed a driver, a 1:27.7 scale miniature that would fit into the cab and look like he was actually driving the engine. I used a 1/35th scale tanker that I had seen in Military Modelling as inspiration for the pose and started the sculpt.

Image Two - The converted miniature showing the original cream plastic, Milliput and Green Stuff that was used in the conversion. 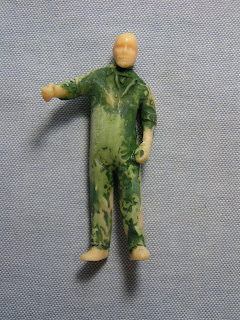 Image Three - The mini at the same stage of construction, shown from the rear. This figure is clothed in a one-piece boiler suit, rather than dungarees (as seen on the earlier figures see this post for more details). 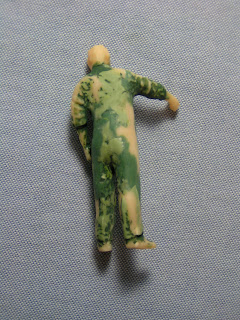 Image Four - The nearly completed figure alongside the original 1:24th scale plastic figure that was bought from e-bay. 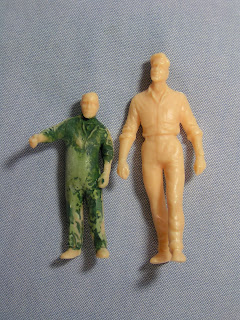 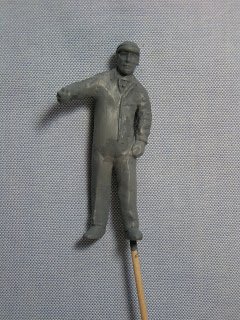 Image Six - Engine Driver No.1 fully painted, although, I'm not happy with the gloss sheen. I think I will have to 'matt it' down. 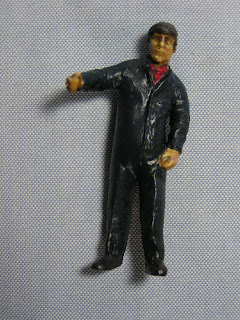 Image Seven - And the final image, the driver figure doing his job. The figure is NOT glued into the cab, but just placed there so that I can A - still modify the Feldbahn (narrow gauge engine) if needed, B - re-paint him with matt varnish and/or C - Have him cast in resin by Rob Alderman at Hysterical Games. Should any reader be interested in purchasing this or the earlier three 1:27.7 scale figures, please contact me at;
dampfpanzerwagon@yahoo.co.uk 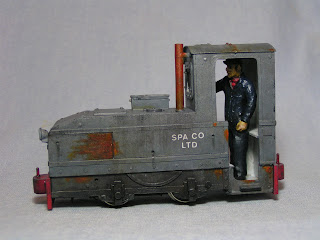