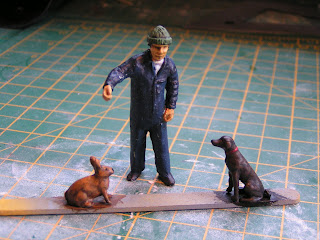 Quite early on in the building of this diorama, my wife suggested that adding some wildlife would be a good idea. We had already seen a number of layouts with dogs and cats included, in fact my earlier Ogam & Stone narrow gauge layout features some 1:43.5 or O gauge animals.

I had already added a plastic crow to one of the walls and was on the look out for some suitable cat or dog figures. In the end an ebay search and auction produced these two Britains 1:32nd scale animals, a dog and a rabbit - both in a very bad state of repair (see below). 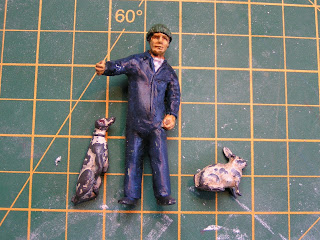 The rabbits ear was built up with superglue over a small section of cocktail stick, while the dogs legs were replaced with more cocktail sticks and glue. 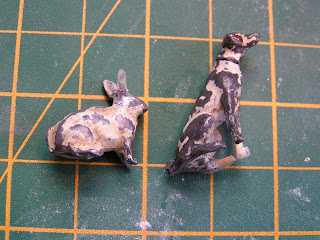 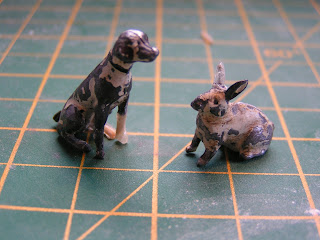 Painting followed the same techniques as earlier posts, a dark base colour with lighter highlights and some washes. 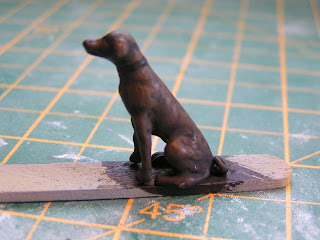 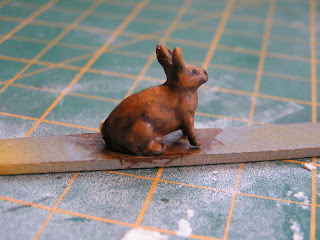 In this final image, you can see both the rabbit (glued in place and hiding in the undergrowth to the right) and the dog (still loose as I have yet to decide on where to place him and the workman). 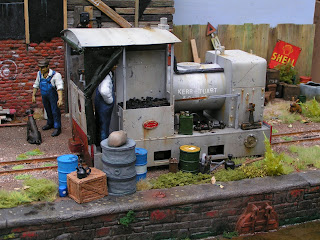