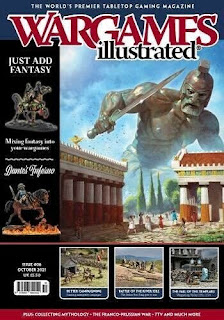 The latest issue of Wargames Illustrated, (issue 406, October 2021) features the first of what I hope to be a series of articles showing how I build themed wargame terrain based of images from the movies. The first is this Justice League Tower which features in the DC film Justice League. The tower is on screen for less than a minute but when I saw the structure I just knew that I had to make a model of it.

The model is built from cardboard, foamboard and egg box card with an insulation foam roof and painted with acrylics. For more information, you can pick up the magazine and read the seven page article/tutorial. 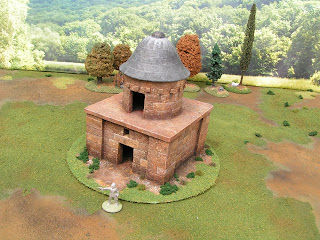 I have in the past built a number of wargame structures inspired by movie images, which have been featured in various magazines and books, for example this Star Wars house which was published in Miniature Wargames issue 432 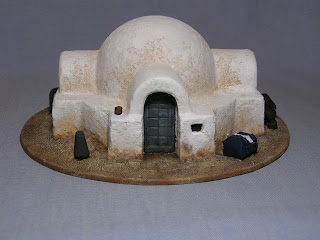 and this model of Bir Acroma which featured in the Humphrey Bogart film Sahara from 1943. Bir Acroma is one of the models included in the Pen & Sword book - Wargames Terrain & Buildings - North Africa and the Middle East which was written by me. 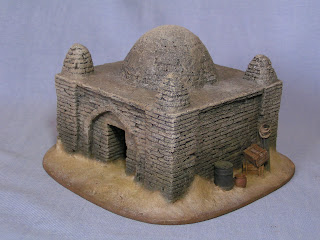 In addition, I have made a model of the submarine from Ice Station Zebra and the Dragon Tank from Dr.No.

If you have any suggestions for future themed articles - FROM THE MOVIES please get in touch and I'll look at using them in future model builds.

I've included this Editor's Tour of WI406 from You Tube for you to check out. See this link for full details.

I'm looking forward to the series.