The first three photos show how after spending ages pressing texture into the blue foam, I have covered up at least half of the marks with DAS modelling clay! 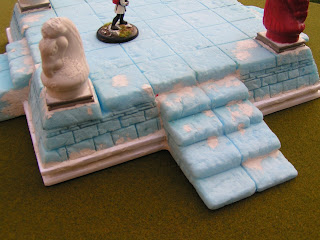 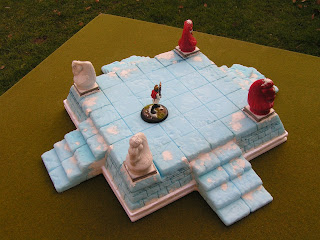 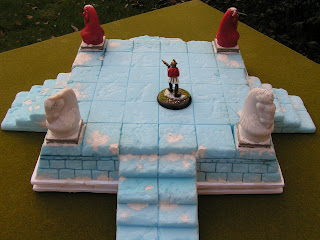 Eagle-eyed followers will also see that I have removed the 'Bunny Ears' from the horses head statues, they just looked so wrong. In addition one of the heads has been partially destroyed by taking a hammer and chisel to it!
The following three photos show some of the initial work on the TSS flocked tile. I have added three layers of corrugated cardboard strips to the bottom four edges to give the base some strength and body. The photos show how the 3inch wide strips were glued to the edges and trimmed when dry. I will later add some newspaper/PVA glue to the edges and then filler as I have done with earlier gaming boards. 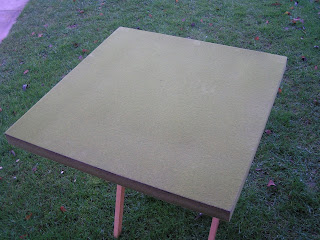 Photo One- the plain gaming tile. 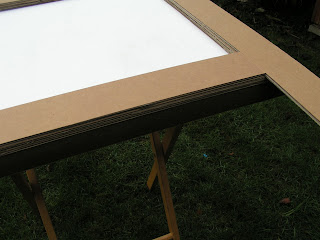 Photo Two - the cardboard strips being added, I use PVA glue with a strip of double-sided sellotape down the centre to aid with positioning and secure the strip while the PVA glue sets. 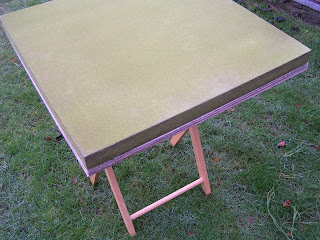