The Shadow over Innsmouth

BBC Radio 4 Extra have recently run the audio play The Shadow over Innsmouth by H. P. Lovecraft.  Split into five half hour episodes, I enjoyed this production much more than the earlier Mountains of Madness which I felt did not portray the 'horror' as much or as well as this particular tale.

Both stories were read by Richard Coyle and had very high production values and beautifully atmospheric sound effects. 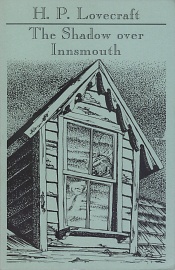 I tend to listen to my DAB radio when modelling or painting, preferring either sport stations (Radio 5, Radio 5 Extra or Talk Sport) and speech or drama stations (Radio 4 Extra, which until recently was called Radio 7 and Radio 4).  These audio books are a great way of passing the time while in 'the-shed-at-the-bottom-of-the-garden'.

Thanks for posting this. I read all HPL works in my youth. I'll listen to them for sure;a good idea while painting

We still cannot officially get DAB here in Medway so coverage is scrappy. I can't get 4+, sigh.

I listen to the same shows, this latest Lovecraft production is giving me the creeps (although I think inhabitants were actually based on some of my neighbours).

John, I can neither listen to the BBC radio... as I live in Spain!. But theres a nice website with all the podcasts uploaded