I thought it was about time that I painted another regiment of Flintloque miniatures. So here is my On-Line Build for June, but can you guess what regiment I have based these figures on?

Image One - Using a mix of both old and new miniatures, I have started to convert these minis by both removing details with clippers and a file and sculpting new uniforms from Green-Stuff. 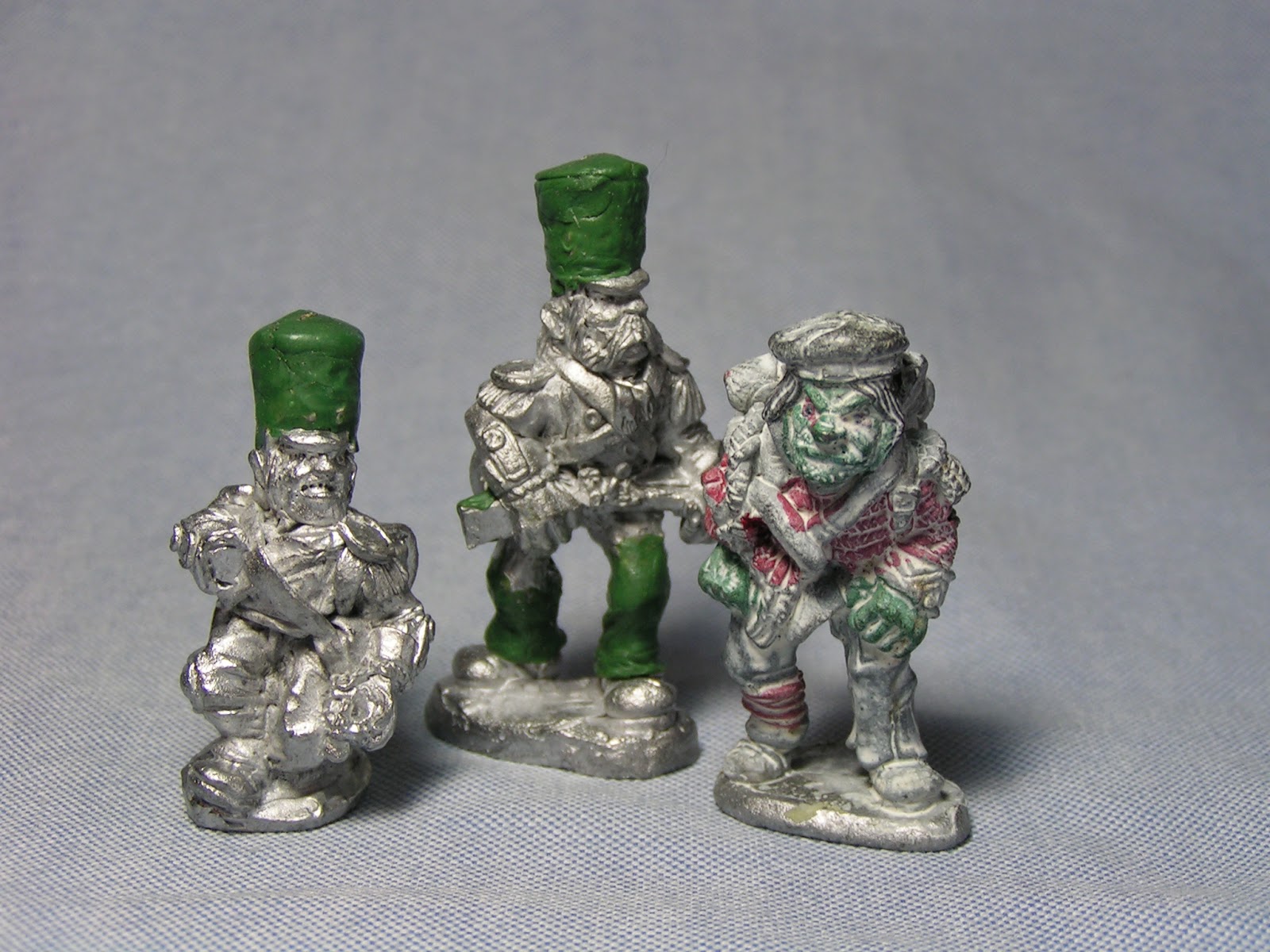 Image Two - The trews have been filled out and the Shako blank added. 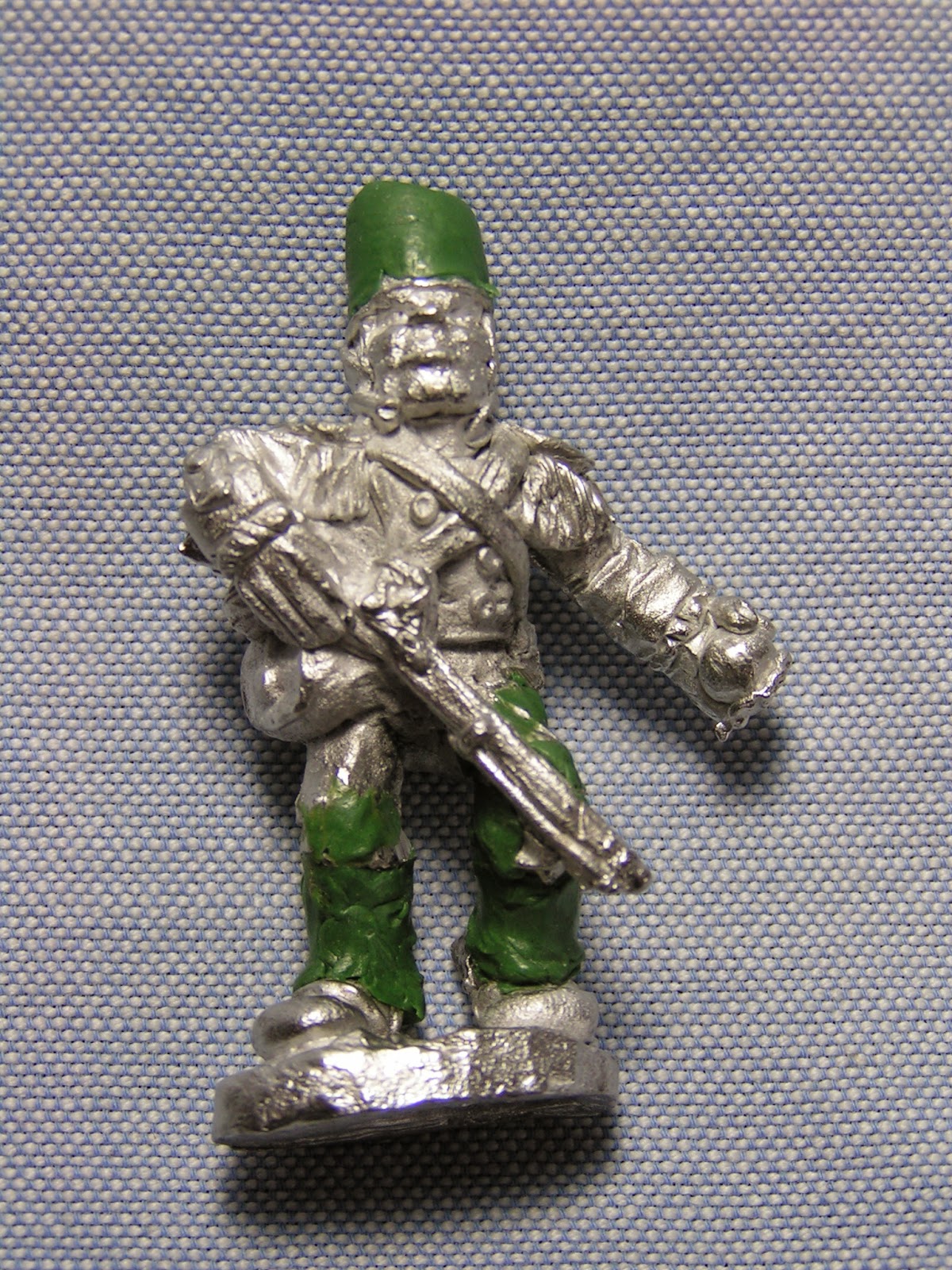 Image Three - Once again this dismounted Orc has had his cast on uniform removed and new detail added with Green Stuff. I removed the right hand and pistol, as I was worried that I would damage it during the re-modelling. You can see more of this particular figure here. 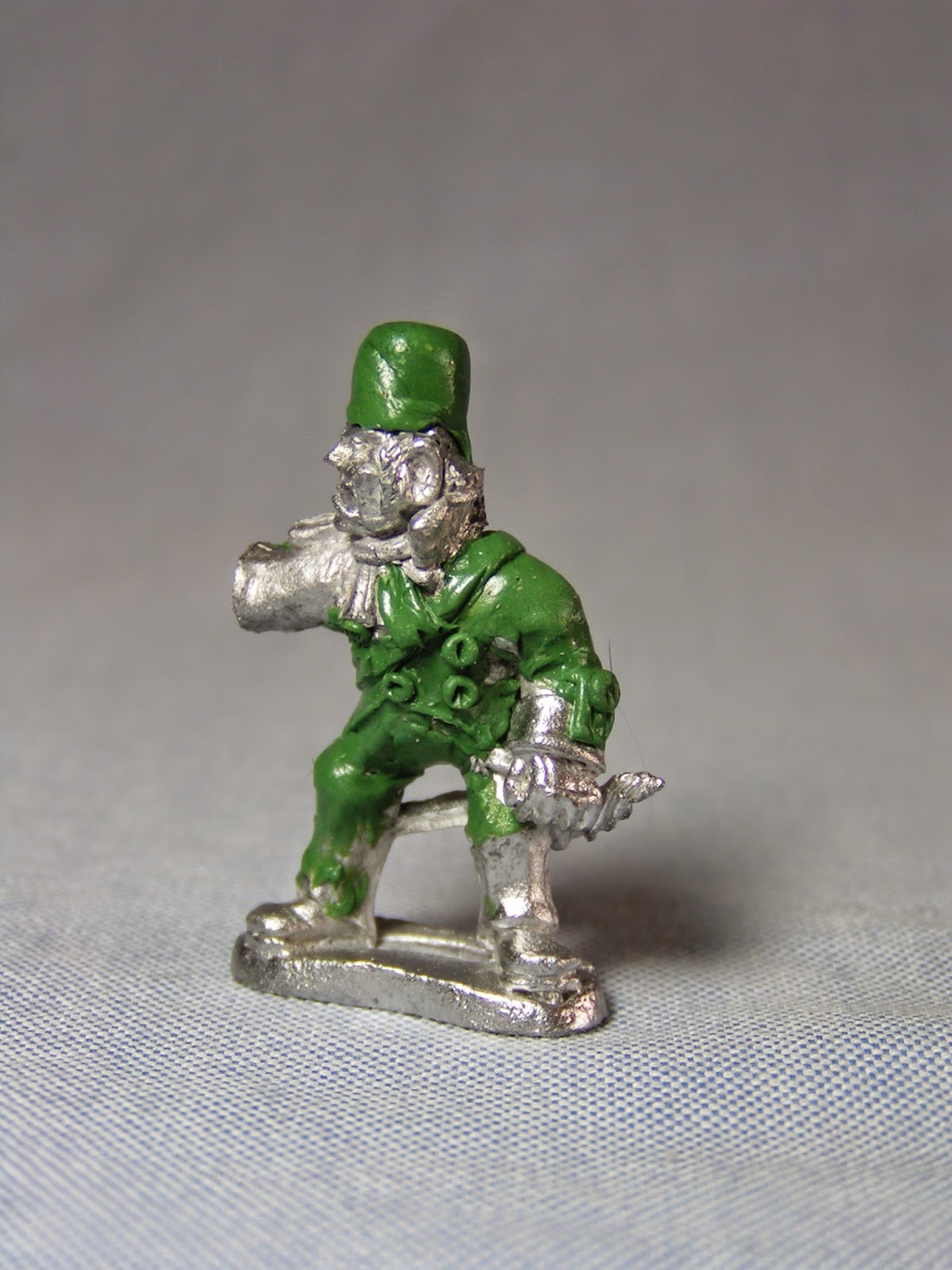 In recent weeks The Notables Yahoo Group have had a number of posts from different members giving details of their own modelling and painting projects. I thought it was only right that I added my 'hat to the ring' and started work on this group, a group of miniatures that I have nick-named the Magnificent Seven!

Great stuff, Tony. I lol forward to seeing how this develops. I'm always a little envious of those who have the skill to sculpt!