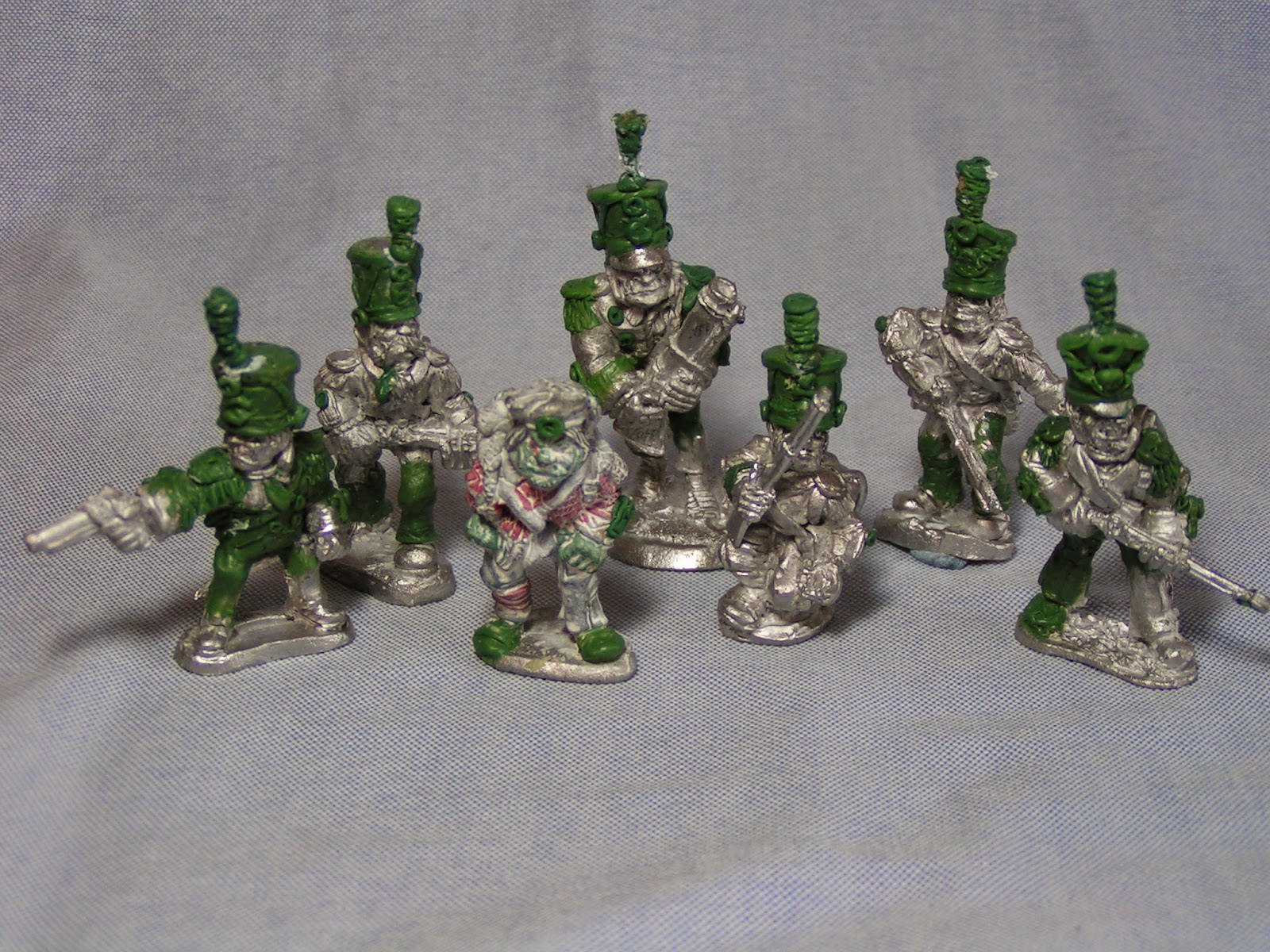 My Magnificent Seven. The converted Ogre miniature now brings this regiment up to full strength (although I would have liked to have had a group of eight mini's - my usual regiment size.)

All of the Green Stuff conversion work has been completed, modified Shako, shoulder and cuff details.

Photo Two - The seven figures have been mounted on to 2p coins, with the groundwork built up from Milliput Fine White. 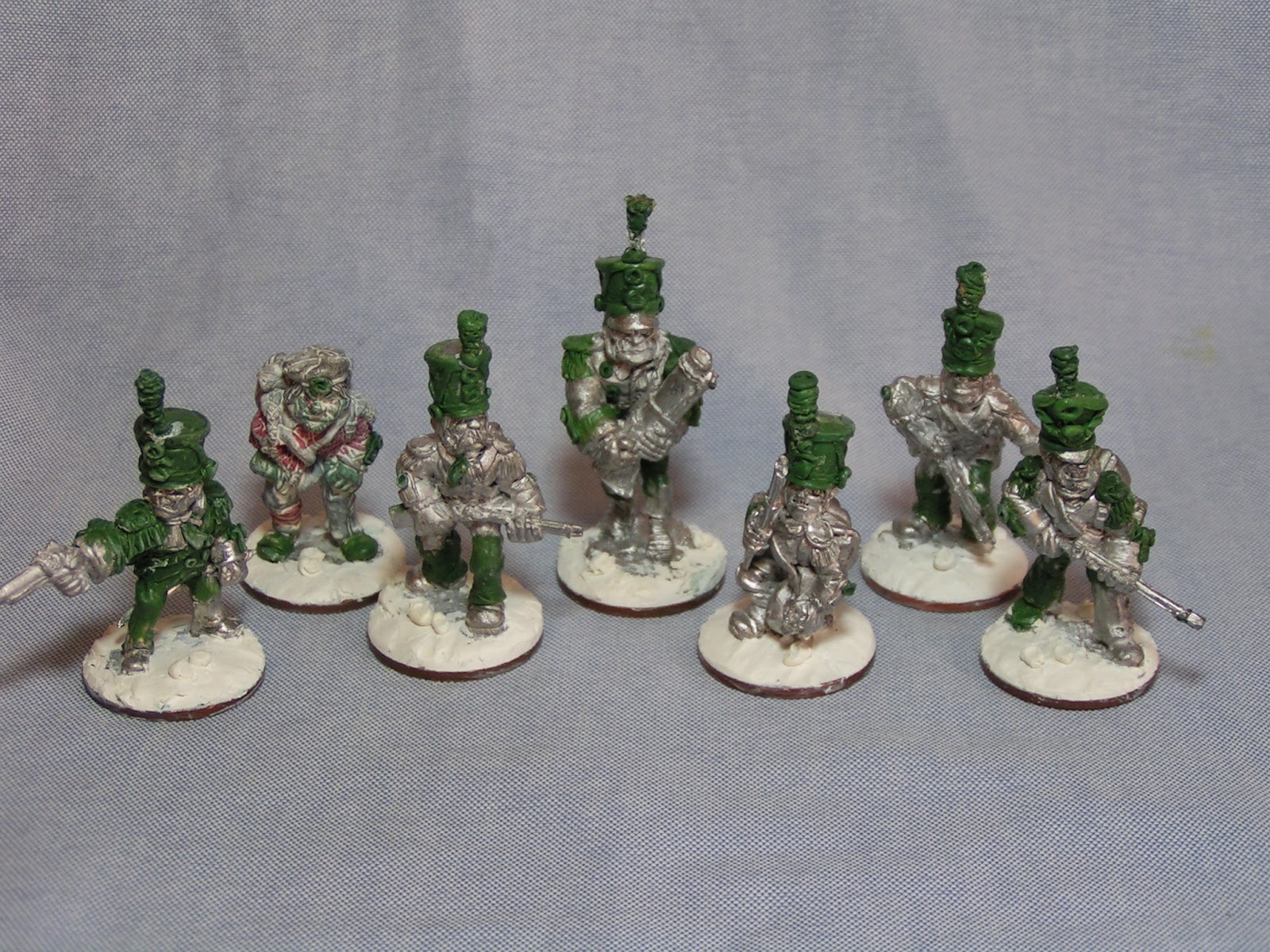 Photo Three - The bases have been further textured with some sieved stones and sand applied over uPVA glue. 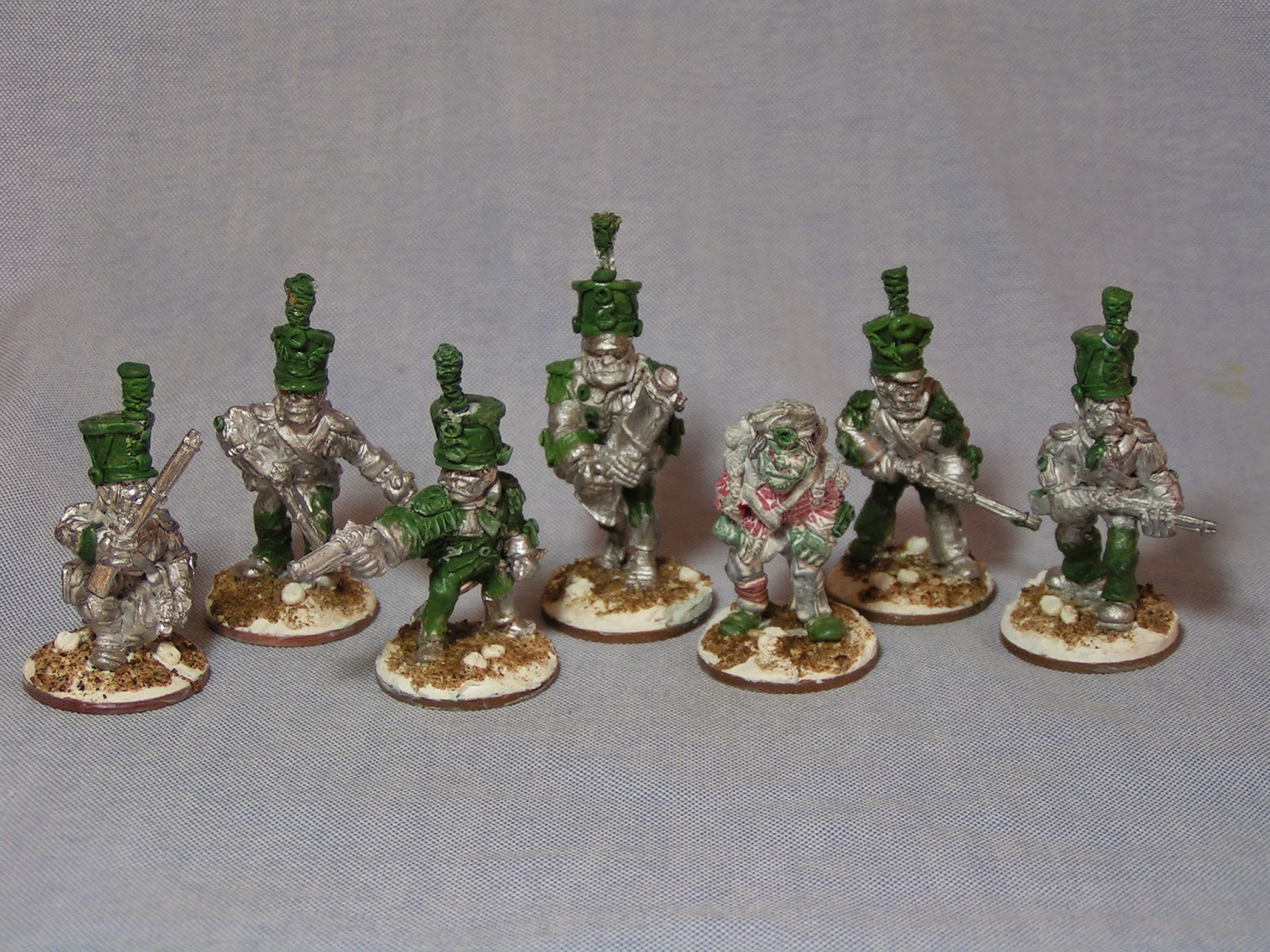 Photo Four - The same seven undercoated Black. I used a cheap spray can black and then touched in any bits I had missed with Chaos Black from GW. 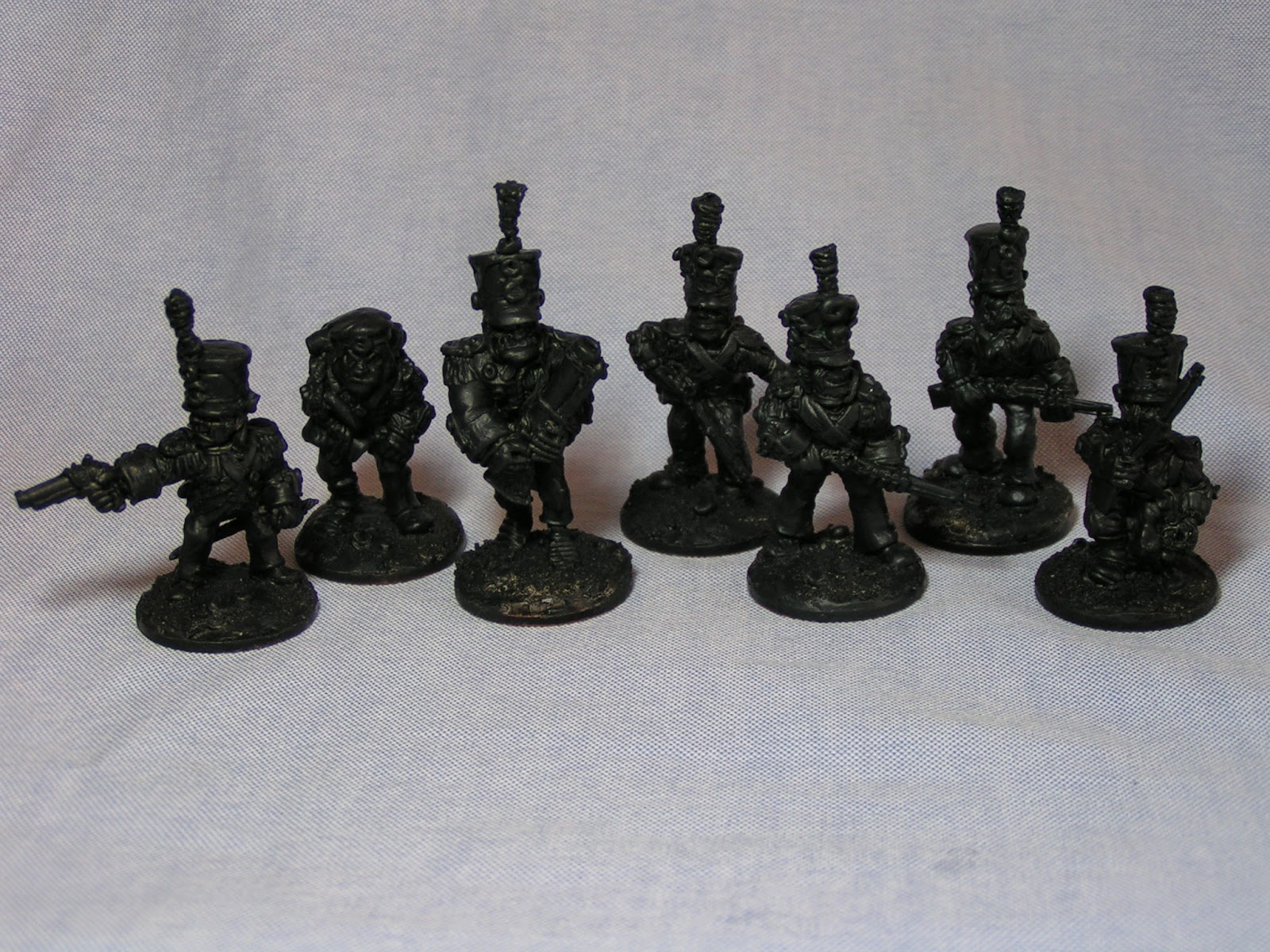 My preferred technique for modelling and painting my miniatures is to both fully convert and base the minis prior to starting the painting proper. By this stage I have already invested a great deal of time and effort in the figures and I find it easier to paint them. Before I start posting images of the painting and finishing, one last chance for guesses as to which historical regiment I have based this group on. Any takers?

My next post will give details of the inspiration and the historical regiment.

Part way through the painting of these figures I started another group of Flintloque figures - some Fink Dwarves after reading a post on The Notables Yahoo Group. Note to myself; "I really must try to keep to just one project at a time and try to counter the pervasive symptoms of Wargame Butterfly Syndrome."