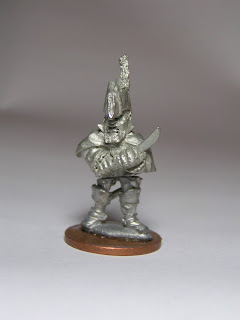 I was working on this single Flintloque miniature at the same time as the group of eight Flintloque Orc Line Infantry (see earlier posts). My intention was to use it as an officer figure for the group. The base miniature is from the Dismounted Dragoons (3 Orcs) 54013 blister with legs donated from a Ferach miniature. the legs and body have been glued and pinned.

The figure was mounted on to a 2p coin. 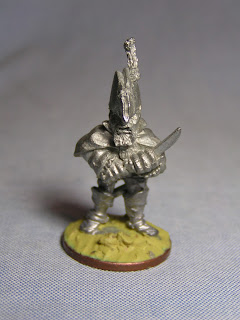 I built up the groundwork with some Milliput standard grey/yellow epoxy putty. 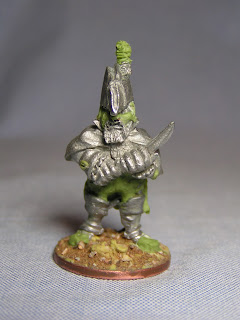 Then added detail with a Milliput/Green Stuff mix. The base was further textured with some sieved stones and sand applied over PVA glue. 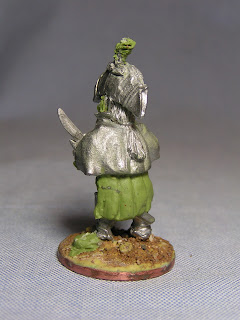 The cloak to the rear of the figure hid a lot of ham-fisted sculpting and was further refined with a scalpel once fully set. 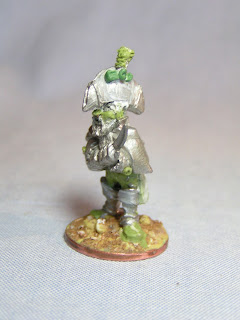 I then used Green Stuff to sculpt smaller or more intricate features such as the ribbon on the Bicorne and refine the buttons on the figures cuffs.

Hopefully I can get additional posts uploaded soon.