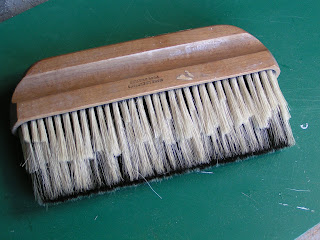 My next project was adding greenery and plants to the layout. I started with dried grasses and using this old pasting brush which I picked up some time ago, I cut clumps of grass which were glued to parchment paper with PVA glue. 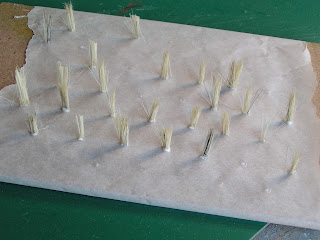 Next, using this plastic Bonsai tree bought at Flying Tiger, I modelled some succulents. Tall plants I had seen while watching a film based in the South West of America. 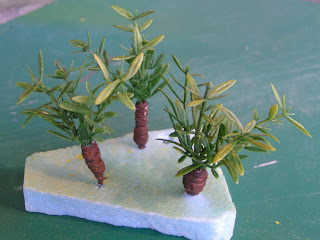 The plastic stalks/leaves were bound with thin wire and then the trunks were built up with either hot glue or thread wrapped around the trunks before being painted. 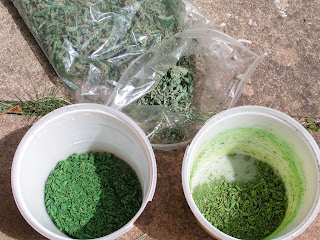 Finally for now, I added more of the paper bases hanging basket material (see earlier posts). The original material is seen in the background (in the plastic bag), while the two pots in the foreground show the newly coloured ground cover which was modified with acrylic paint added to the pots and mixed with a wooden stick. 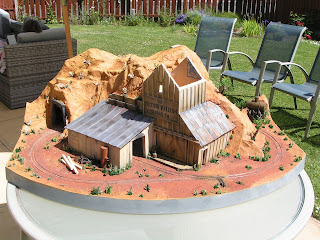 The home made plants were individually glued in place over PVA glue and sealed with a diluted mix of PVA washing-up liquid and water dripped via a pipette. 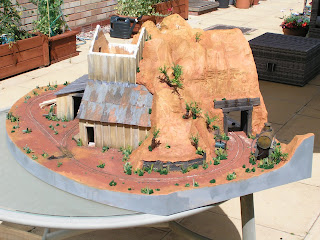 You can also see where I have started to add items of 'clutter' to the front of the layout. These items come from a wide variety of different sources, some of which I have already detailed in earlier posts. 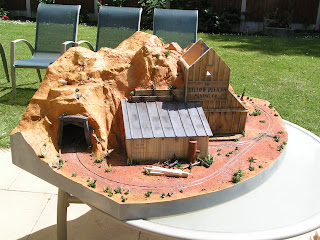 Progress has been slower than I had planned, but the adding of the greenery has been therapeutic and a lot of fun. I'm sure that there will be more added in the coming weeks.