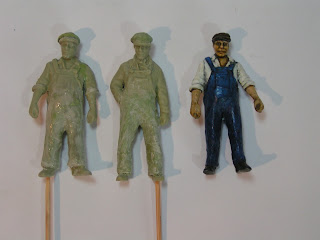 Since starting the Yellow Pelican narrow gauge layout I have been very conscious of one obvious anomaly.....
My sculpted and cast 1:27.7 scale figures are very British and don't look right on an American themed layout. American locomotive crew tend to have taller caps and thicker, heavier overalls when compared to the flat cap and thin denim of the UK crews. For example, see these two images below. 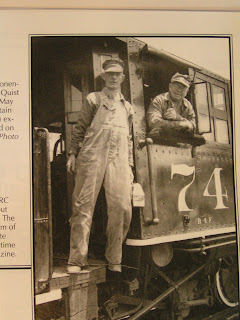 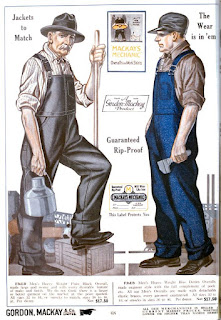 I decide to modify three of my resin figures and give them a more American style uniform. Using Milliput and Green Stuff as well as the odd 'cut-and-shut' I came up with these three fine fellows all of which have baggier and heavier denim overalls. I also 'beefed up the caps and even added a hat based on the image above to the left hand figure. 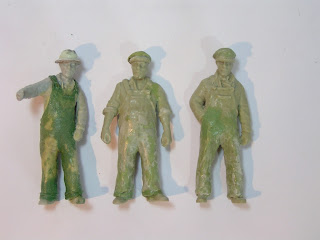 Undercoated in grey and then 'washed' the detail is more apparent. 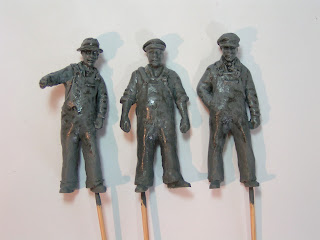 Painting started with the flesh areas, then the linen shirts, before painting the overalls. 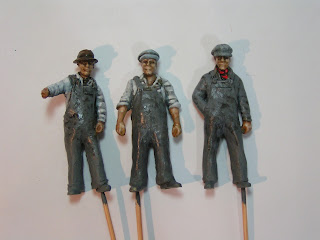 No. 3 - Percy with the newly painted and finished driver superglued in place. No. 5 - Also with a new driver/engineer. 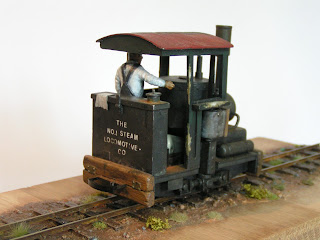 No. 190 - A new driver finished and based on another illustration found on the web. The new figure only just fits into the rear opening cab! 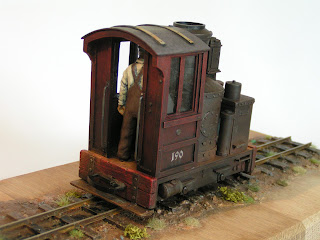 Finally, all three engines with the newly sculpted and painted engineers all ready for running on the layout. 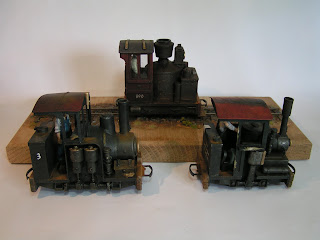