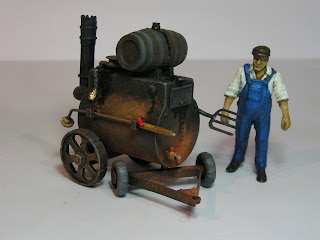 Another scratch built model based on a cardboard tube that was given to me by Auntie Liz, this time a bitumen tar boiler based on a HO-OO model seen in a French modelling magazine and using some ideas found on the internet. 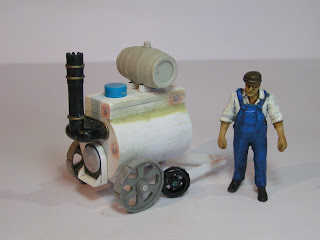 The cardboard tube was wrapped in plastic card and detailed with bits and pieces found in the 'spares box'. the rear wheels are from a GW frame and the smaller front wheels are from a Kinder toy motorcycle. The chimney is from a Wild, Wild West toy and the wooden barrel is one of my own resin cast bits of clutter. 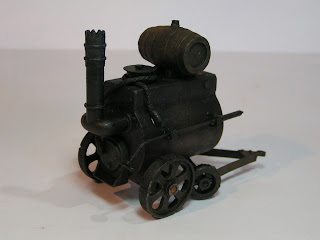 The basic model was basecoated with a dark brown/black base to which I have added some modelling paste to give some rust texture.
Final painting was done with acrylic paints, oil washes and weathering powders. The usual construction worker figure gives an idea of scale. The boiler is just over 75mm tall. 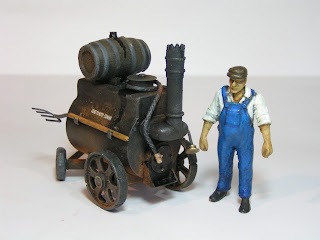 I'll be adding it to the Yellow Pelican narrow gauge layout soon.