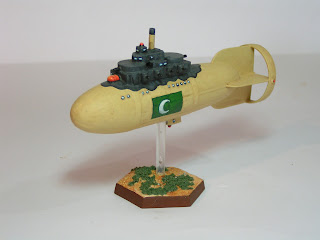 It has been some time since I posted images of any Aeronef models, but over the last couple of days I have been working on a pair of Ottoman Nef's to go with my Knights of St John Nef's and my Papal States Nef's. The first image shows a large Ottoman Nef, that was built some time ago, while image two shows the two latest models that have been scratch built from a child's toy 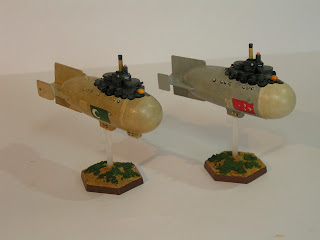 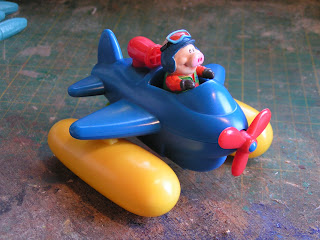 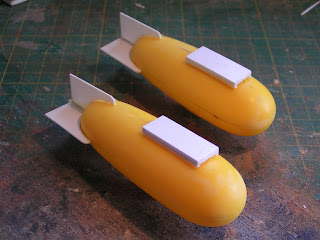 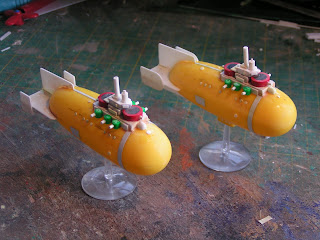 And now partially painted. The left hand model fully repainted in the 'new' Ottoman colours and the right hand model wearing a mix of old 'battleship grey' with the previous owners marking still adorning the hull. 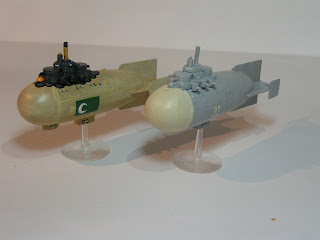 Here we have all three, fully painted and varnished on large converted hex bases. I still need a couple more before I have a force worthy of taking on the Knights and the Papal States, but I'm getting there. 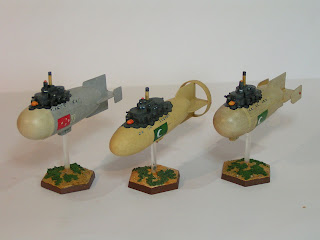 Finally the largest Nef (in the centre) is 110mm long mounted on to a 40mm hex base. My back story for these scratch built Aeronefs is that the Third Battle of Lepanto was fought with lighter than air Nef's between the New Holy Roman Empire, led by the Knights of St John against a mixed force led by Pasha Suleiman III in an attempt to gain control of the Eastern Mediterranean. My take on The Cross and The Crescent, but with a Victorian Science Fiction twist.

Absolutely superb! It must be hugely rewarding doing something like this.

"Absolutely superb! It must be hugely rewarding doing something like this."

Yes it is both great fun and very rewarding.