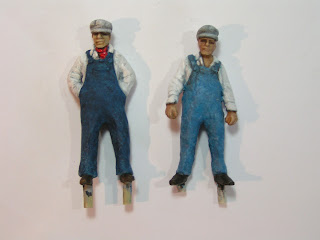 With the narrow gauge layout nearing completion, I have started to think about populating the layout with miniatures that are more in keeping with the American Mining theme. To that end, I have re-sculpted some of my more 'British Outline' minis into something with an American look.

The first image, shows the first two 'Americanized' and painted figures ready to be installed on to the layout.

The second image shows some work-in-progress shots. I have used a mixture of Milliput, Green Stuff and modelling paste to re-dress the figures and get them ready for The Yellow Pelican layout. 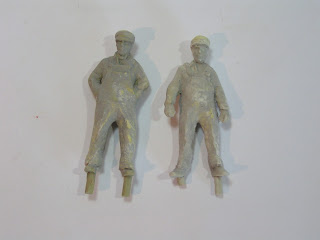 Image, three shows the first two figures alongside my trusty painted workman, to give an idea of the scale and work involved. The figure on the right has been modified from a middle resin figure. 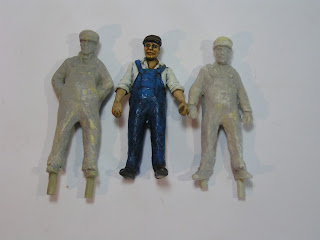 the fourth image, shows another 'Americanized' sculpt, this time with a slouch hat and moustache following an image I found on the internet. 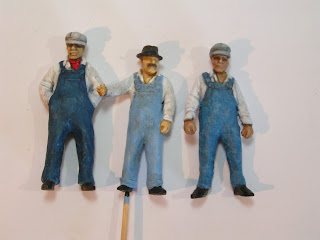 The final image shows all three finished 'Americanized' miniatures alongside the painted workman. They stand between 62mm tall to 65mm tall. 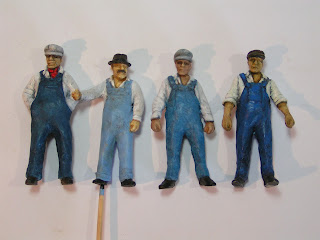