I have just returned home from a very enjoyable morning at The UK Games Expo, which was held at the Clarendon Suite, Birmingham this weekend. This is the third year in a row that I have attended this show and although I thought it was a little quieter than previous years, I was still impressed with the total experience.
My main intention this year was to meet with people whom I regularly correspond with over the Internet and via my Blog, however there were also a couple of surprise meetings that proved fun.
The event is (as stated on the tin) a gaming show rather than a wargaming or toy soldier show, there are miniature traders, board gamers and a number of discount roleplaying book stalls, but in addition there are many, many new game launches and opportunities to play or test out new games.
After arriving (just after 10.00am) I paid my £8.00 entry fee and started in the main hall, moving through to the gaming hall and then out into the foyer and into the myriad of smaller side-rooms to see boardgames, wargames and live roleplayers, Dr. Who and Daleks this year.

Photo One - Shows the Dr. Who live roleplayers in the main foyer. I thought this was very well done and a main attraction for families and children. 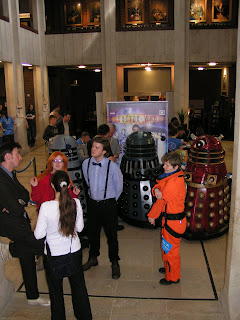 Photo Two and Three - show a Privateer Press Warmachine exhibition, quite a large display with at least three separate gaming tables and exhibition games for member of the public to join in. I enjoy the Warmachine background and figures, and particularly the No Quarter 'in-house' magazine but have never felt the urge to play the game. The displays as you can see were quite fantastic. 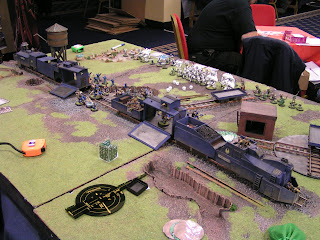 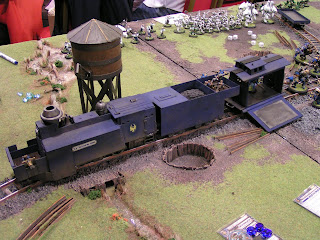 Photo Four and Five - Were Malifaux/Wyrd gaming tables and I took these two photos as I was so impressed with the buildings. 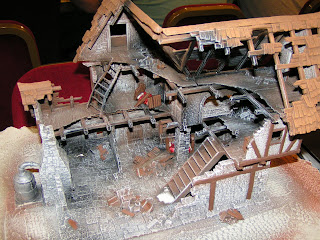 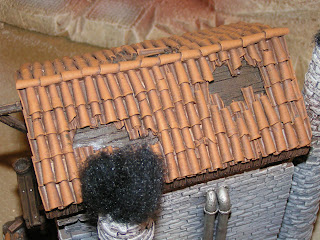 The remaining photos were taken in Zone 4, where Kevin Dallimore and John Teadaway were playing a Hammer Slammers game. I had already seen most of these terrain pieces and models in different magazine and on-line article, but they were so impressive 'in the flesh' that I got a little carried away and took loads of photos. Here are just a few. 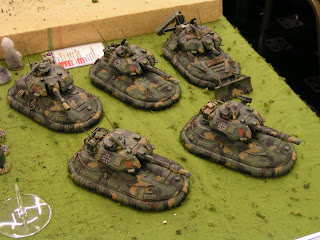 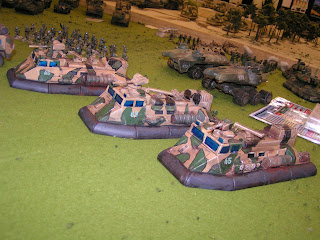 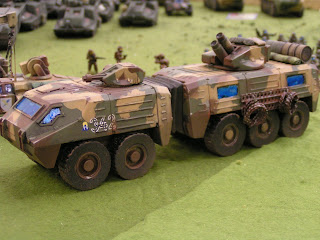 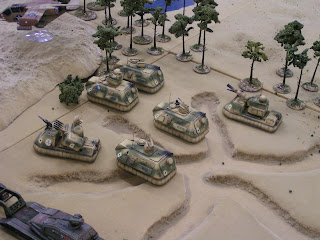 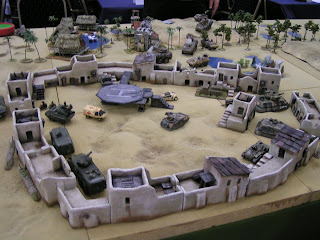 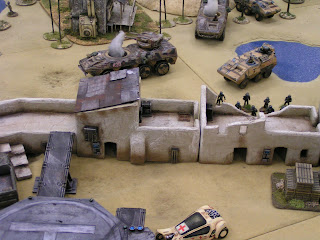 As with previous shows, I was still able to leave and get back home in time for Sunday lunch. My purchases, were few, some transfers (decals), an Otherworlds Miniatures Minotaur (I had been looking out for this particular model - a superb human with bulls head Minotaur for my 40mm Greek Mythos project) and some magazines.
In addition I spent a considerable amount of time speaking to exhibitors and exchanging views, I had a great time, highly recommended.
I have been told that a VSF/Aeronef article of mine (Le Fee Verte) is due to be published in issue four of The Ancible. I will post further details once I have more information. Details of The Ancible can be found at;
http://www.the-ancible.com/
Tony
Posted by Tony at 05:46