Commando Comics with a Napoleonic theme.....

Earlier I posted about a Commando Comic called The Regimental Spoon. There followed some comments on this Blog and so after searching through the attic, I have put together this montage. 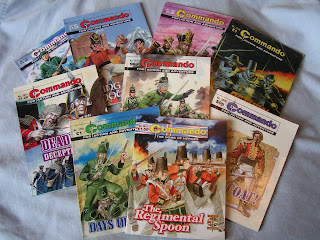 One of the earliest I have is Turncoat (No. 2825) which is surprisingly well illustrated. 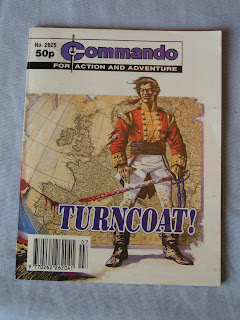 The Indestructibles (No. 3631) follows the Renshire Rifle Brigade from the Napoleonic Wars through to WW2. 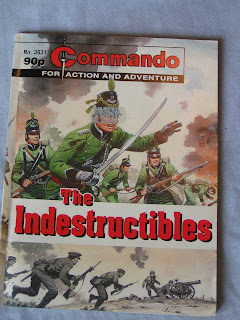 Days of Daring (No. 3765) and Return to Duty (No. 3770) follow the adventures of Luke Benson and his Cousin through the Peninsular War. Possibly the best of the Napoleonic Commando stories and very difficult to find! 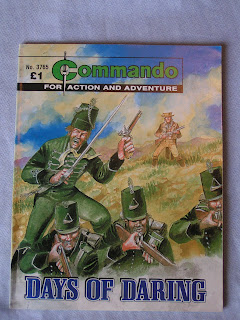 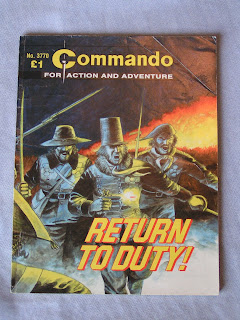 Deadly Deception (No. 3978) and Retreat to Victory (No. 3985) another two-parter starts in Spain and travels across Europe to the outskirts of Moscow. 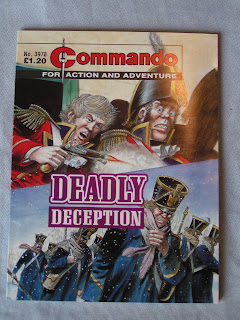 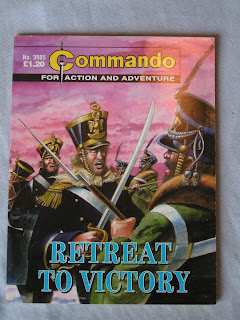 King of the Mountain (No. 4074) it is difficult to comment on this story without giving too much away. Read it and see what you think. 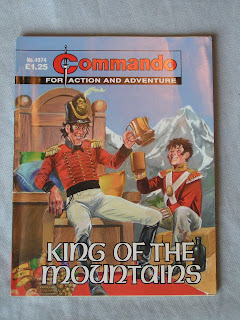 The Fighting Brothers (No. 4146) sees some battling brothers from Switzerland enroll in the army of Napoleon, another well illustrated comic. 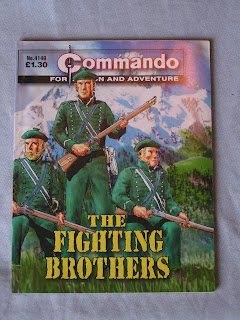 The Regimental Spoon (No. 4579) has already been featured on this Blog. here but I thought it was worth posting these images and summaries.