After a day out at the 37th West Midlands Military Show, I'm back home with a huge mug of tea still trying to get warm!

I arrived late - about 10.45am - driving up to Wolverhampton in light sleety rain which meant that all the queues had disappeared by the time I paid my £3.00 entry. I was therefore very surprised to see the hall very full and busy. I had worried that the poor weather would force people to stay away.

I spent the first twenty minutes walking around the outside exhibitors, before browsing the Bring and Buy stall where I was pleasantly surprised to see this wooden box full of first-edition Flintloque Miniatures. Disappointingly the figures were being sold off after the passing away of the original collector - for just 50p each. Any figures left at the end of the day were 'ear-marked' for melting down! I picked up £12.00 worth of figures, supplementing two planned regiments of Ferach Guard and Orc Green Jackets. I searched for some Flintloque Dwarves - but no joy. 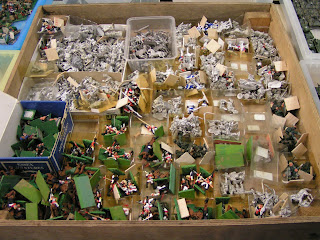 As with previous years there was a very good display of WW2 vehicles, here are just two photos to give an idea of the display. 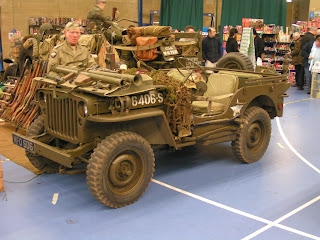 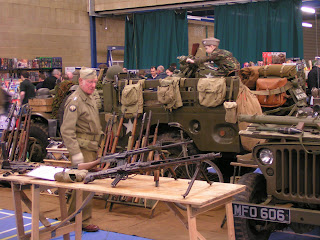 Although I believe visiting numbers were good. I do think they were down on last year, there were also a couple of empty tables. So maybe the weather did have an effect. 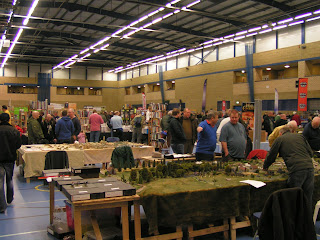 Over the next couple of weeks, I will post images of the displays and games, but for now here are two that caught my eye. 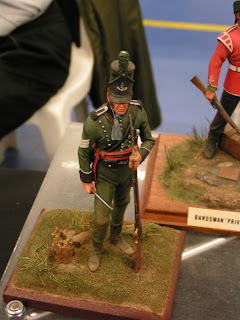 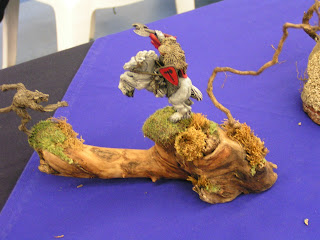 Apart from the Flintloque haul, I picked up a couple of metal pigs from the beautifully sculpted Lead Adventure Miniatures range (BRU-17 Pigs). I intend using them as character pieces in my Flintloque Games and to inhabit my newly built and painted pigsty (details to be published in my planned Wargame Terrain book).

There were many opportunities for meeting old friends - however with the threat of even worse weather forecast, I left a little earlier than usual.

Other purchases include some resin pots from Baueda, some metal scenery items from The Bits Box and a pack of 40mm premium bases as I have run out and I need them for my 40mm Flash Gordon miniatures projects. I also bought a couple of modelling magazines, reduced for a quick sale.

Thanks to Sue for allowing me to visit the show on Mother's Day.

Thanks for the pictures.....

So jealous, I would have loved to rummage through that box of Flintloque minis.
So sad to hear about the owner...

Glad to hear it was a good day.

Sounds like good fun! £12 of figures is a bargain! Love you xx