My On-Line Build for March 2013 is another single Flash Gordon themed figure. A Tarragin (a Lizardman or Reptilian armed with a classic or Pulpy raygun) from Steel Crown Productions and part of their Exodus Wars range. For further details go to this link. 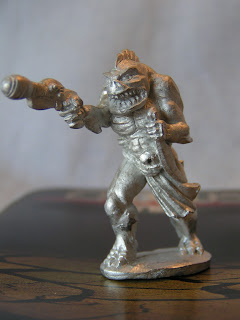 Photo Two - The wrong way around! Shows the miniature still in its blister pack. The Mini was picked up last year as Games Expo, Birmingham and bought for £2.95. 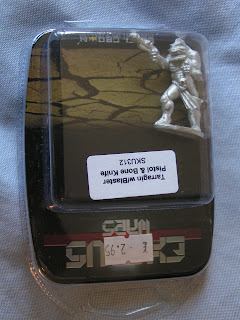 Photo Three - The miniature was mounted onto a 40mm round, lipped plastic base (Privateer Press) with superglue and the base built up with small sections of cork (from a used wine bottle) also glued in place with superglue. 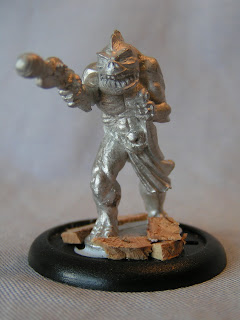 Photo Four - A close up of the cork on the base and showing how I use the small pieces of broken cork. 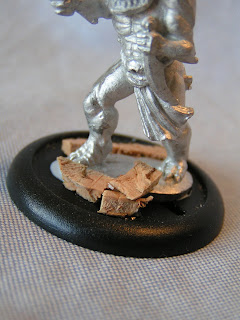 Photos Five and Six - The base was built-up with Milliput (fine white). 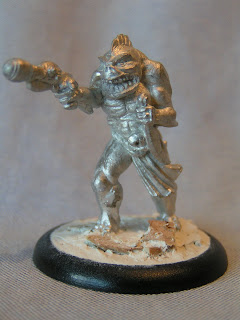 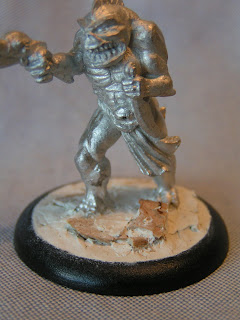 Photo Seven - Another close-up, this time showing the base ready to have some fine sand sprinkled on. I have had to do some remedial sculpting to both feet, to make them appear to be walking over the rocky base rather than buried in the base. The miniature stands just over 40mm tall. 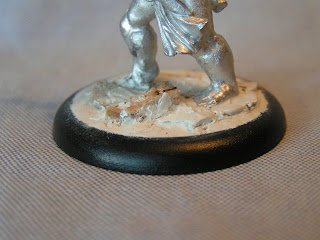 The main reason for choosing another Flash Gordon figure is that I had it sitting on my desk!

I love the Flash Gordon builds, and I'm glad to see them back.