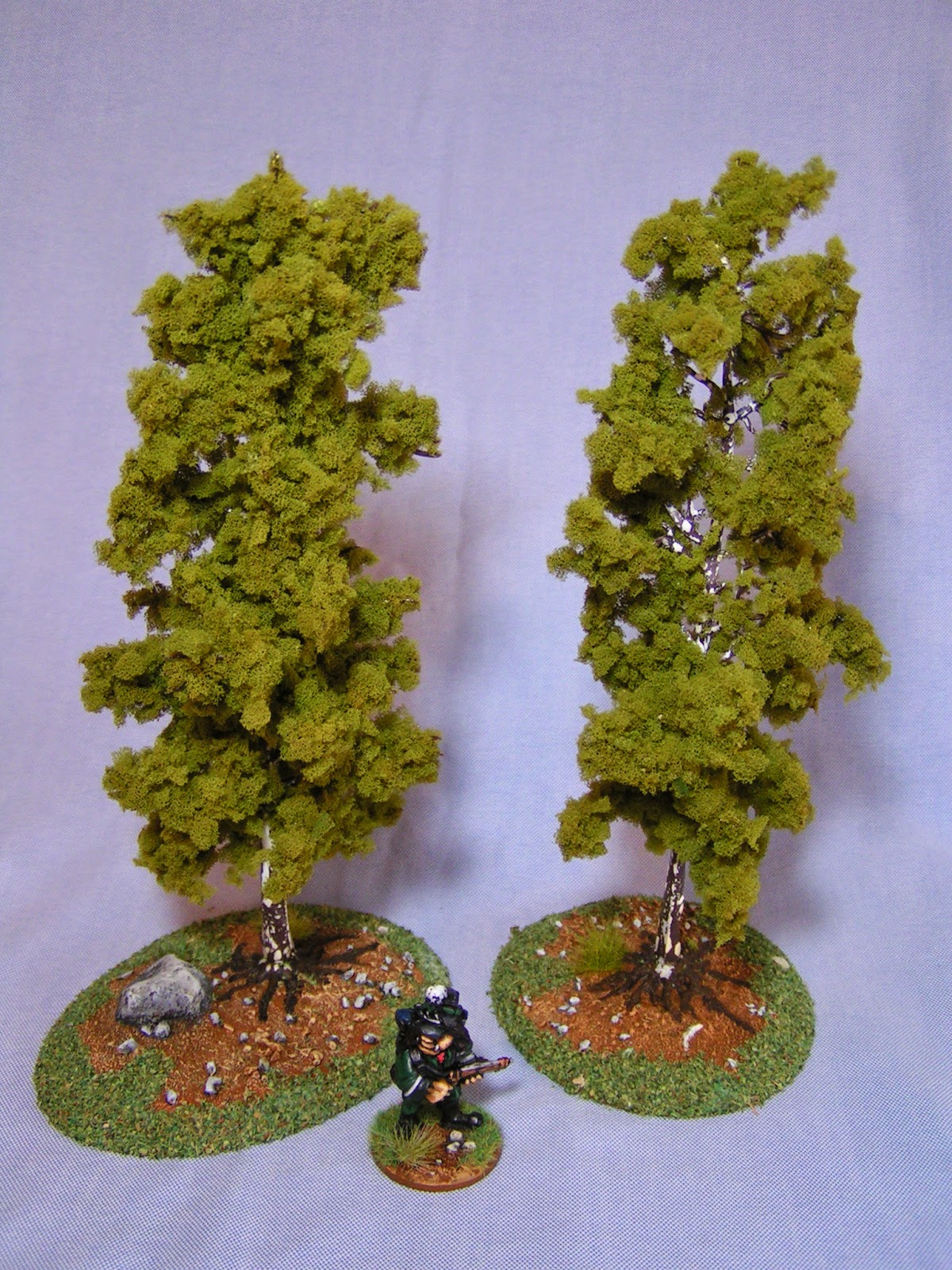 Over the last month, while listening to the World Cup on Radio 5 Live in my shed-at-the-bottom-of-the-garden, I have been working on re-flocking some of my older terrain pieces and finishing off a number of either un-finished or brand new terrain models. Up to now I have completed over a dozen new pieces of terrain.

Some of these pieces have been sitting on my workbench, started, but not painted, or even as ideas in my head for a considerable time. Now that they are FINISHED, I have decided that I will post images of at least one finished model or models on or about the 1st of each month between now and when they run out.

The impetus for finishing these models was/is two fold. Firstly, I wanted to model something simple, following the completion of More Wargame Terrain - Dampfpanzerwagon Guide No.2 which is now finished, but still going through the processes of being proofread and format-ed for publication (more on this later in the month). Secondly, Craig Andrews of Orcs in the Webbe is looking to hold a Flintloque/Slaughterloo tournament or gaming day later this year in the Bristol area and I had said that I would supply some of the terrain for the gaming tables.

This pair of Model Trees was bought in Shrewsbury earlier this year, see this post for full details. The two trees have been based on rough ovals of 3mm plastic card and detailed with small stones from the garden and DAS modelling clay. Both have had the bases weighted down with either coins or metal washers before the DAS was added over uPVA glue and then textured with sieved stones and sand. 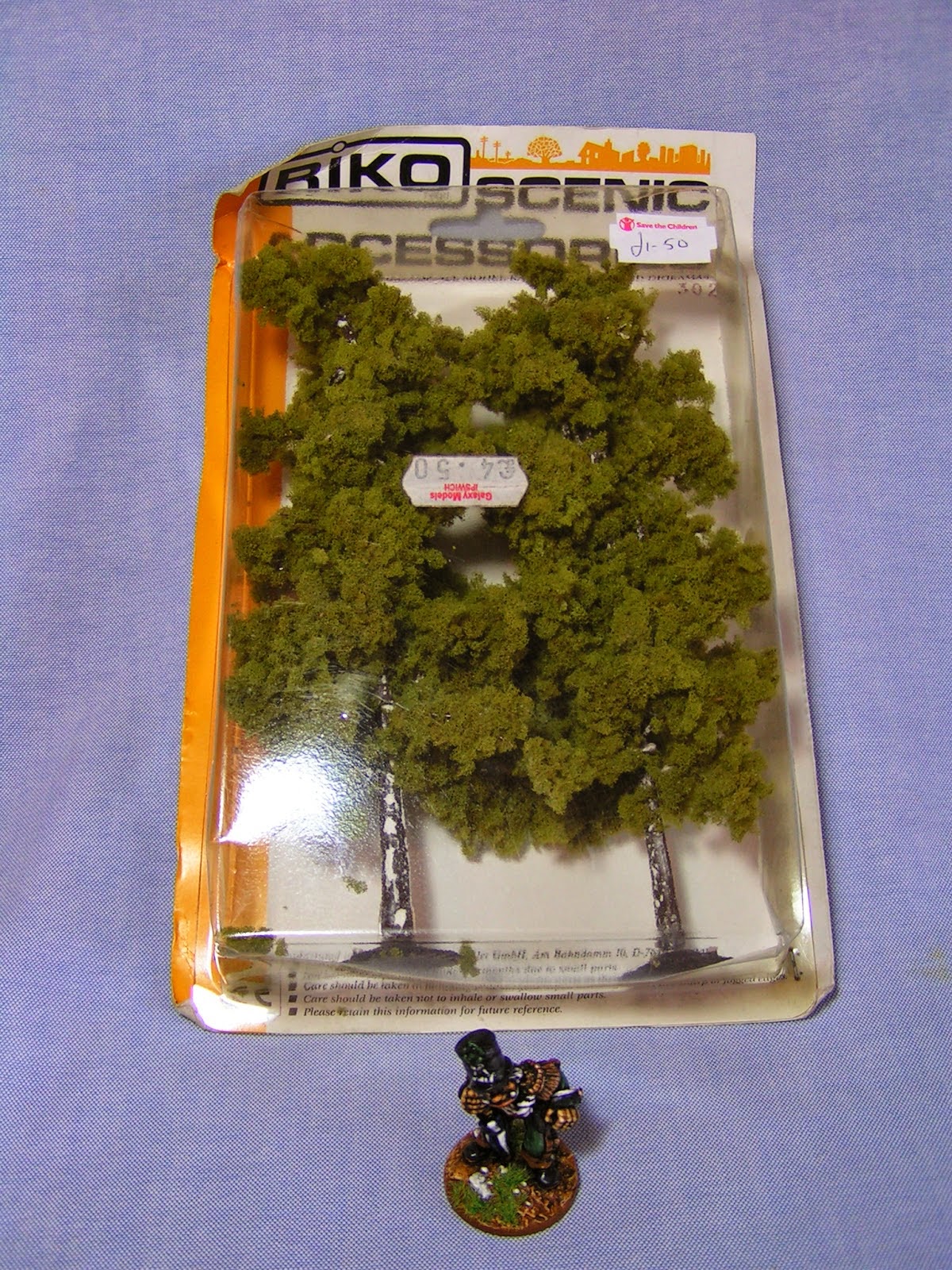 This final image shows the two model tree stands prior to painting and flocking. 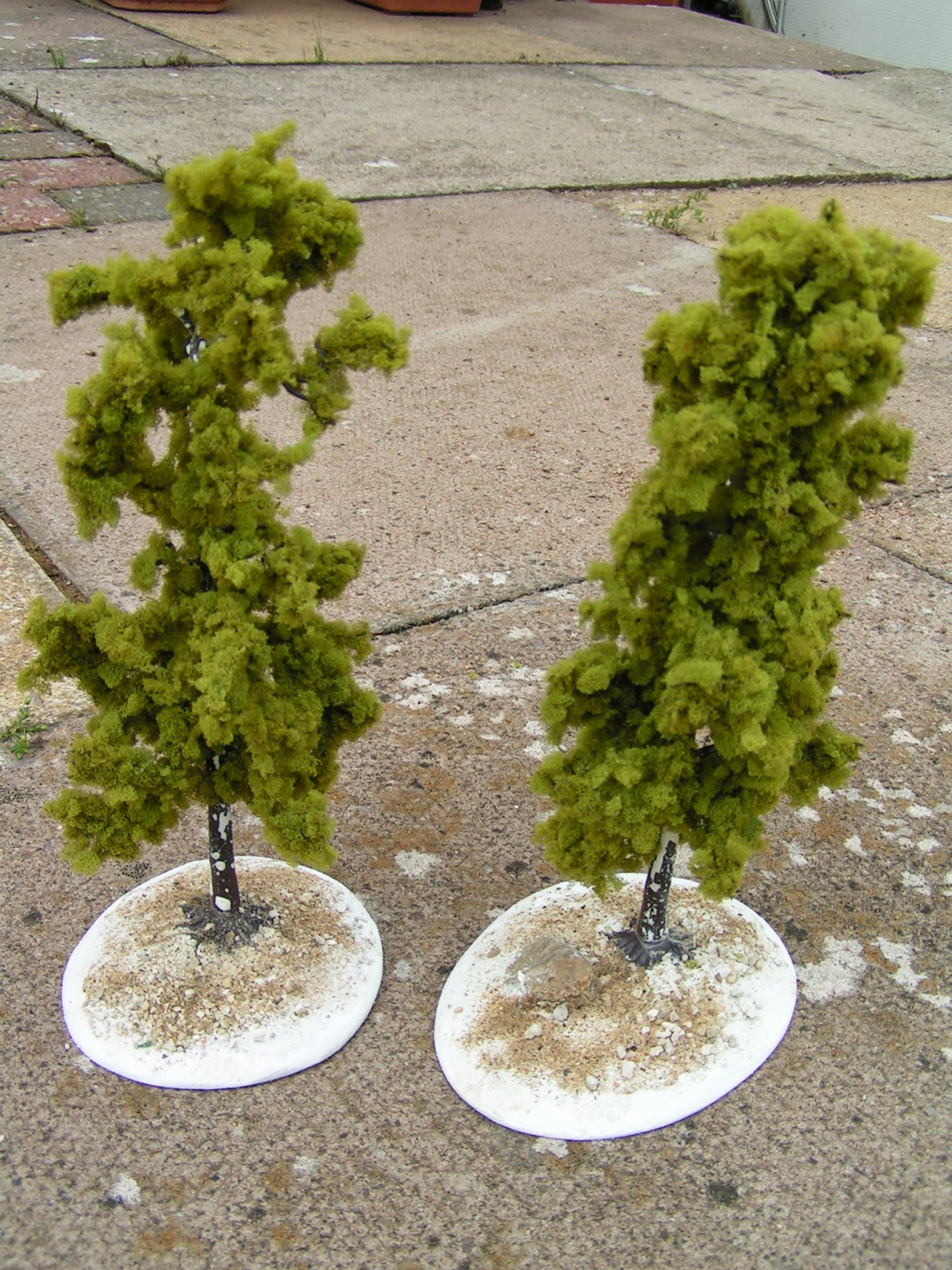 Look out for further updates and pieces of terrain on or about the 1st of each month. I hope you will enjoy reading about this new terrain Blogging project as much as I enjoyed making them.