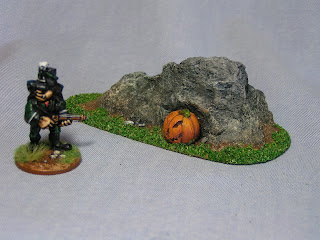 Following on from the two earlier posts detailing how I build my simple Frostgrave terrain, I have in this piece of scenery combined the soft cream insulation foam and a rock from the garden to produce a hybrid.

Images Two and Three - The rock and foam have been glued to a piece of 3mm thick plastic card which was picked up at my local ALDI's store. The plastic card was/is a sign detailing new offers and was found, abandoned in the carpark. Recycling at it's very best. 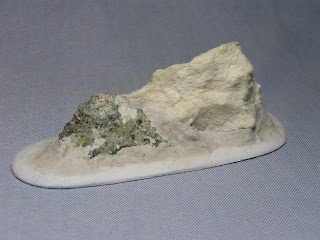 I have built up the groundwork with DAS modelling clay. 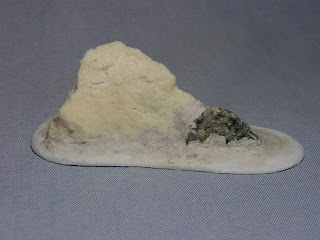 Image Four - After adding sieved stones and sand to the base the basecoat is a mixture of black, white, brown and blue - as detailed in the earlier posts.

The metal pumpkin was given to me free of charge from Dark Arts Studio earlier this month and I thought it looked OK tucked into the rock face. I certainly adds colour! 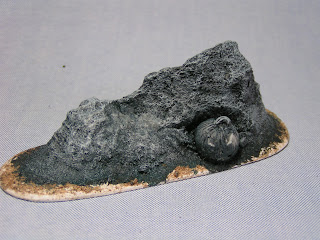 Images Five and Six - Further painting and highlighting was done by drybrushing the rock face with a large flat brush. I have further highlighted the rocks with various 'washes'. 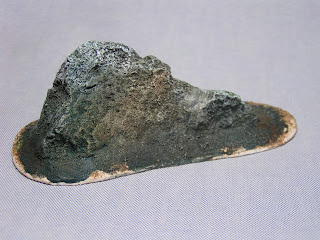 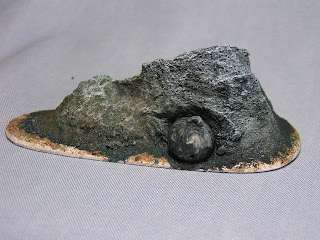 Image Seven - The groundwork was painted in my usual mix of Snakebite Leather and Snakebite/white highlights. 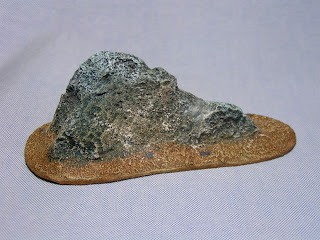 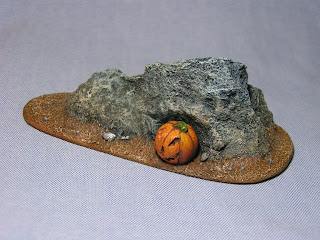 Image Nine - After varnishing with Galleria Matt varnish, I have added both  railway scatter and some static grass clumps. 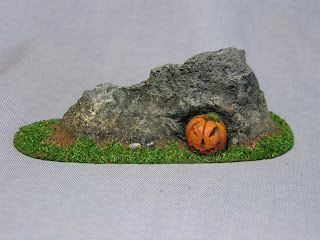 Another piece of Frostgrave terrain finished and ready for the gaming table. As I have noted in earlier posts, I will add the Baking Soda snow later.