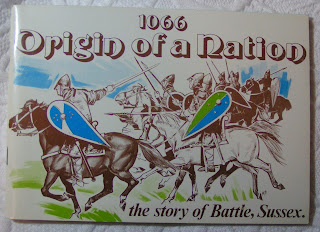 I picked up this pamphlet in the Blue Cross charity shop in Stratford upon Avon last week. As I browsed the illustrations I was reminded of on of my favourite illustrators - Angus McBride and when I checked the inside front cover I saw that he had been the artist responsible.

The image below shows Harold at the Battle of Hastings - from Warlords and Warriors also by Angus McBride and one of the illustrations from the pamphlet. The similarities in style and pose are unmistakable McBride. 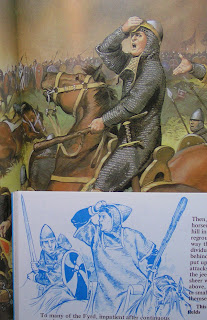 The five illustrations below were taken at random from the pamphlet and again show the touch of this master artist. The first illustration also reminds me of a painting of Jan One-eye also by McBride. 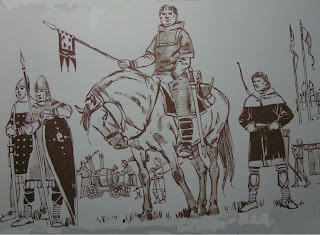 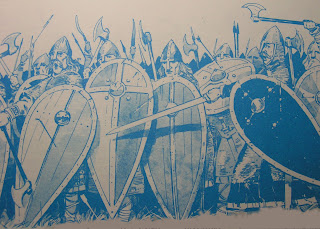 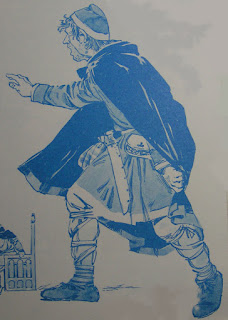 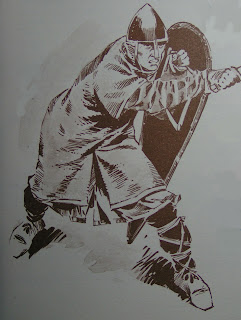 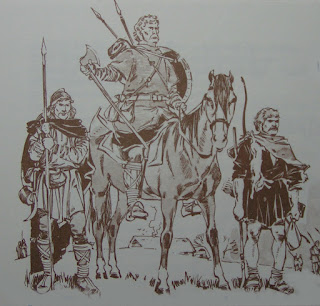 I'm not sure that these illustrations are available on the Internet and I thought it was worth while sharing them with other modellers.

The pamphlet is 210mm x 150mm and has 48 pages and a card cover. It was published in 1981 by Battle Parish Council, Battle Civic Association, Battle and District Historical Society, Battle Chamber of Commerce and Battle Arts Group.

Nice find, Angus was the best illustrator for Osprey!

Came across your blog post as it is "Hastings" day. As an owner of a few Angus paintings, and having seen the original one he did of Harold, these are a real treat to also see. Thanks for the share!
Cheers
Ths

Dhoop! and by Harold I meant William! Lol- you can tell who I was rooting for!
Cheers
Ths

I am very envious of you - owning an original Angus McBride painting Wow!

Thank you for sharing, I am a great student of the art of Angus McBride, I look for great images, to study and explain his technique, with watercolor, as the base of everything and the Guache that ties and finalizes everything. I am an illustrator in Brazil to 36 years. :)