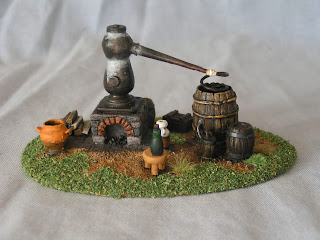 Late last year I became aware of a contest called Build Something III on The Lead Adventure Forum, for full details go to this link. The theme was Water and I searched around for something I could build. After much thought I decided to build this Poteen still, Poteen or boot-leg whiskey is also know as Aqua Vitae (the water of life). The rules of the contest state that images of the work-in-progress can be shown, but images of the finished piece cannot. As you can see this is an image of the finished piece! The reason is that this scenic base does not fulfill the rules of the contest, however I am pleased with it and thought I would post details of the build here.  In addition I am going to use the same format as I am using in my planned 'How to build Wargame Terrain' book, so this is a bit of a test to judge the reaction to my writing and style of model-making tutorial. 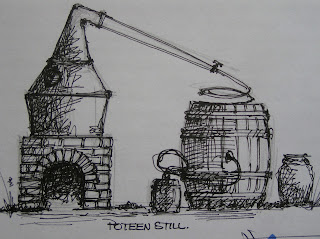 Planning progressed with an image search on Google and this simple sketch. The copper still filled with low spirit (beer, wine or boiled potatoes)  is placed over an open fire, the evaporated spirit is drawn up into the neck (sometimes known as a Swans Neck) where it condenses back into a liquid and flows down a cooling pipe and through a barrel filled with cold water. The stronger spirit can be returned to the still for a second distillation (and a stronger brew) if needed.

The clear Poteen is then dispensed into a simple pot or second-hand bottle for consumption.

This themed piece of terrain was built as an objective marker for my Flintloque Bog-Orcs. "They have to have something to keep them warm at night after their retreat from Kooruna". 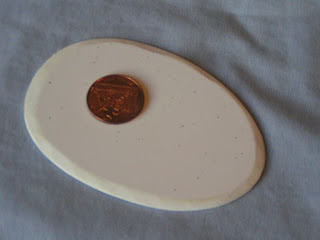 The base is cut from a sheet of 3mm thick plastic card (the sort that can be bought as For Sale signs), cut into a rough oval and with the edges first trimmed and then sanded. The 2p coin gives some idea as to how small this model is. The base is 110 mm x 80 mm. 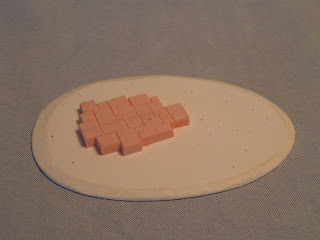 I have used some scrap Pink Foam to model a sturdy stone base for the fire pit. The individual stones were carved with a scalpel and then textured with a small wire brush before being superglued to the base. 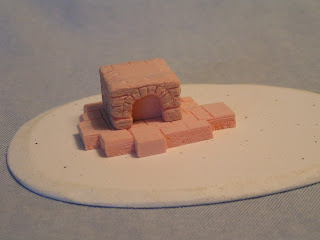 The fireplace was also carved from Pink Foam (two pieces) before being carved and textured in the same way as the stone base. 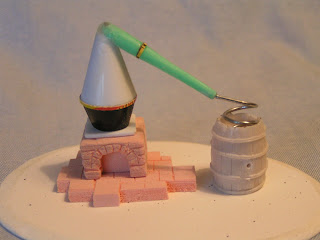 In this image you can see my first attempt at a still. The main pot is constructed from a toy rocket nosecone (white) and a rocket blastercone (black) glued on top of each other. The neck is a a section of hair curler scraped to a taper and the joins first filled with superglue and then sanded to shape.

The resin barrel is a casting from Grand Manner which has been drilled out and then sanded to give the impression of an open barrel while the cooling pipe is a short section of twisted paperclip wire. 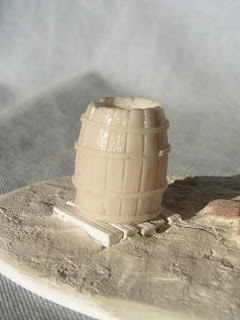 In this image you can see the resin barrel in greater detail mounted onto a carved plastic card, wooden pallet and the groundwork built up with DAS modelling clay. The DAS being applied over a thin coat of uPVA glue to help it bond to the plastic card.

In part two I will give more details of how this scenic diorama base was built.

This is taking my breath away! Nice modeling!

That is lovely Tony and a great piece for Flintloque. It would keep anyone warm after a long march to Kooruna.