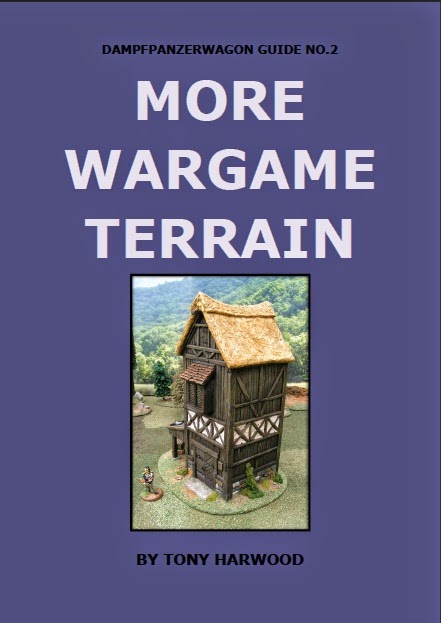 The second book in my short series of modelling guides - Dampfpanzerwagon Guide No.2 - More Wargame Terrain is similar in layout and content to the earlier Building Wargame Terrain, but is targeted at the more experienced terrain builder or modeller.

In this post I have included images of three of the models included in the book - each of which include details of the inspiration, the building and the painting of the model/models.

Image One - The Stone Barn which was built by me after seeing a similar building adorning a Warmachine/Privateer Press Tournament table at one of the Games Expo shows in Birmingham. The model is based on a cardboard core with DAS sculpted walls and a card roof. 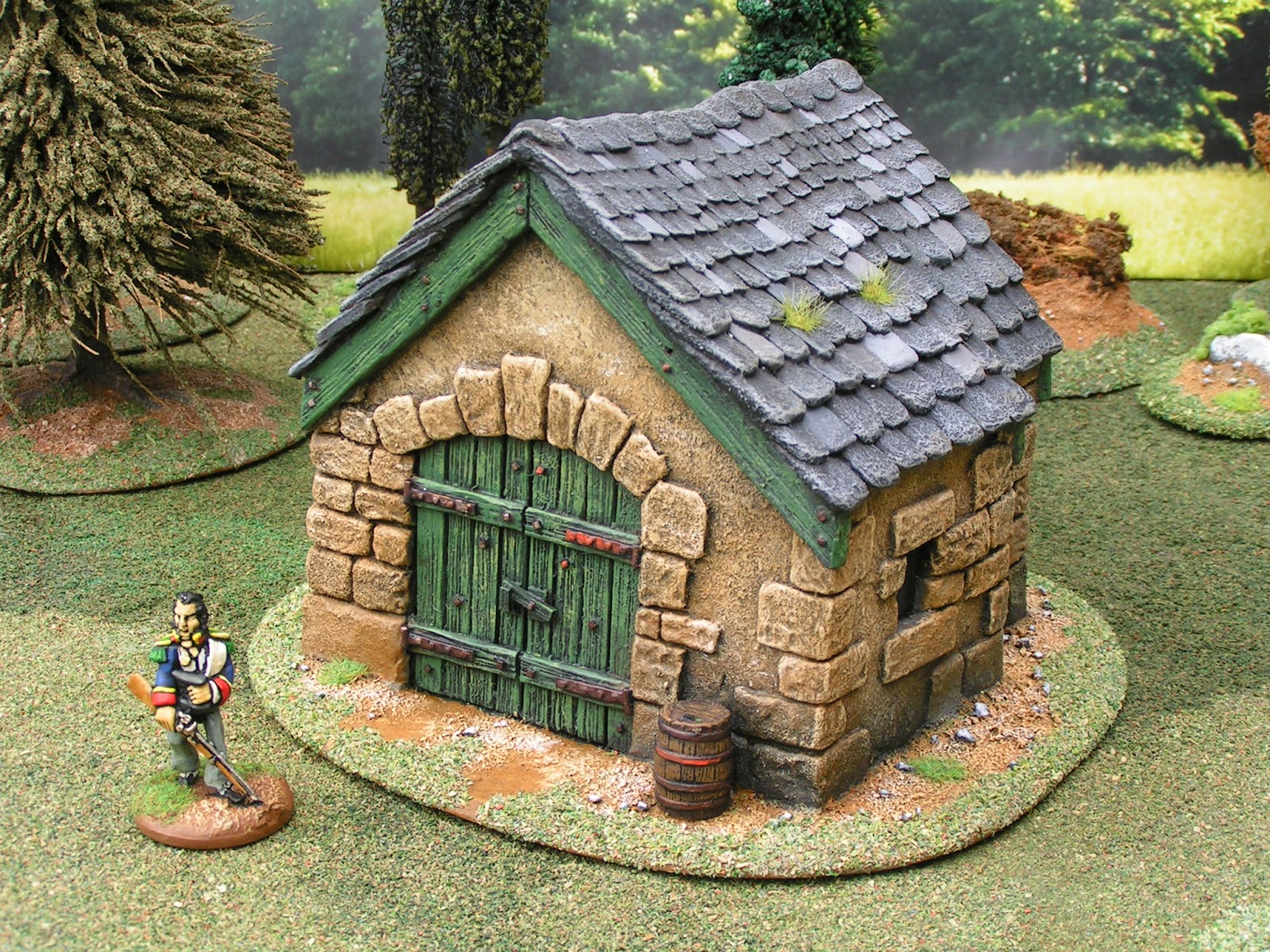 Image Two - Is a copy of a French Well, Spring and Trough featured in a tourism guide found on the Internet. The main building is built from Blue Foam with plastic card detailing and a pizza foam base. I really enjoyed painting the honeyed stone colours of the corner stones. 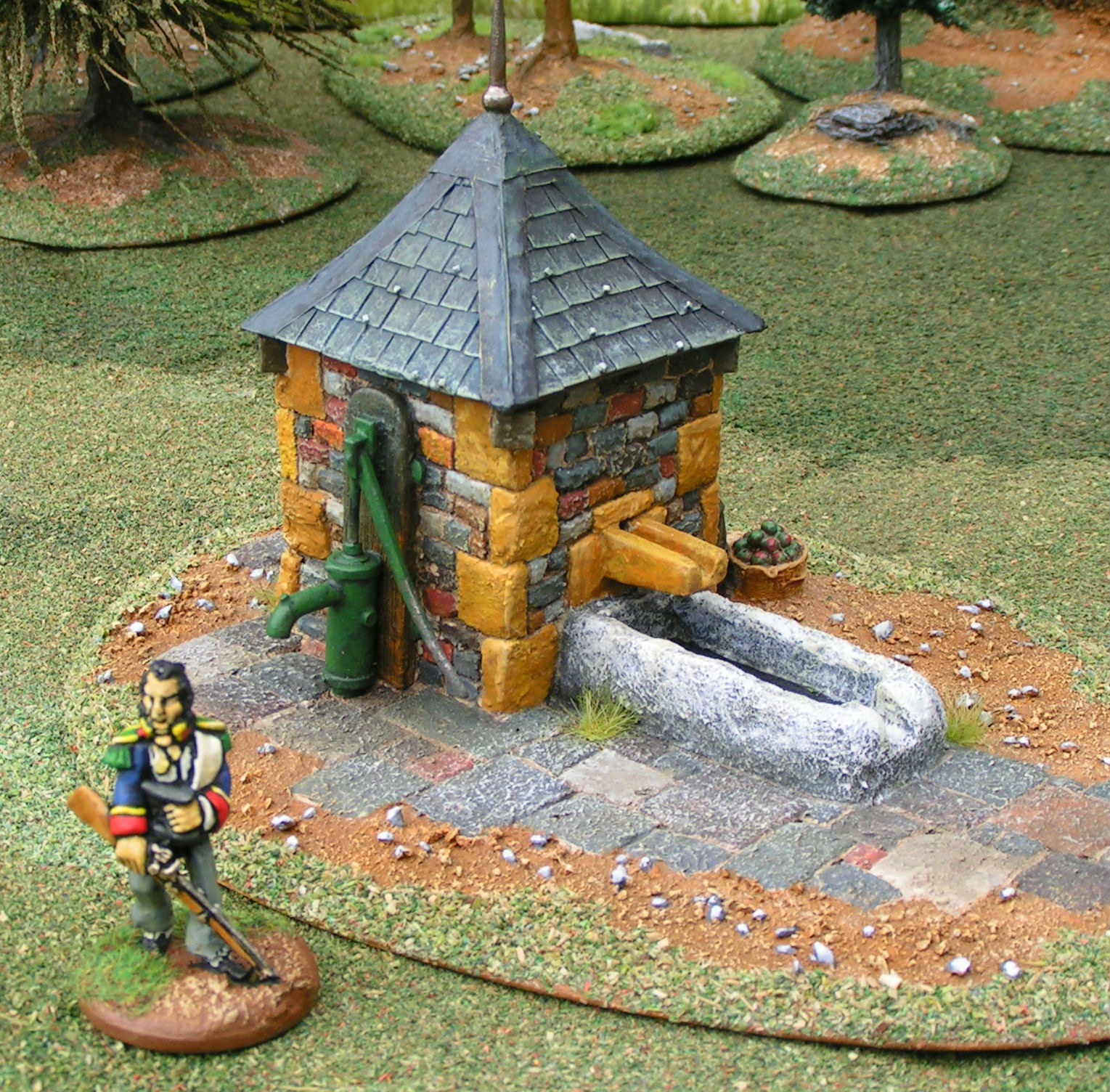 Image Three - A Spanish or Iberian Windmill. This model was originally built after running a poll on my Blog, asking member of The Notables (a Flintloque Yahoo group) what they would like to see next. The model features a plastic beaker as the base of the white tower and cut coffee stirrers for the sails. 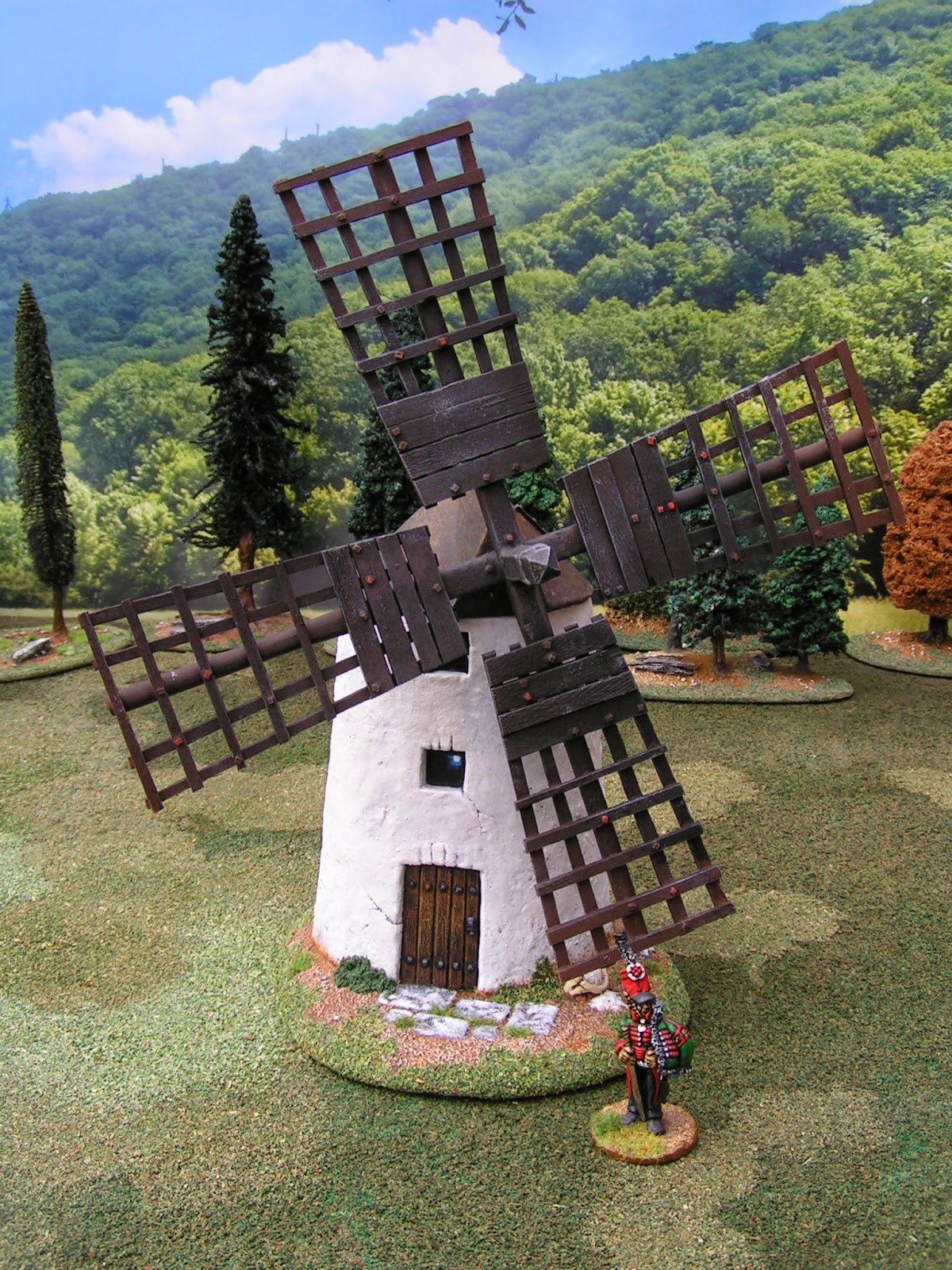 Dampfpanzerwagon Guide No.2 - More Wargame Terrain has been produced as a self-published book. The first 100 copies are numbered and signed. Should you wish to order a copy please go to this link.

As at today's date - there are just 17 signed copies left.