Games we played over Christmas 2016

It has become something of a family tradition to play different and new boardgames over the Christmas period. 2106 was no exception.....

The first was Ultimate Werewolf, the edition with mobile phone interaction. We had three of four games on Christmas day whilst munching away at chocolates. We played it with eight adults and we all found it interesting. The best bit was when Nanna Flo (93) was the werewolf and had to move some of the card deck. we could all hear who was being directed to take an action and once we started - it was a simple matter of ALL pointing to Flo. 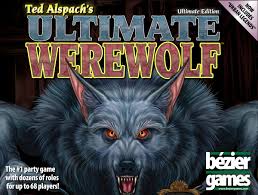 Codenames was a game that was bought for Gary last year, but this was the first time I had played it. I think my clue of chronometer and three was my best attempt as trying to win, others wanted to know why I had not said WATCH! Where's the fun in that? 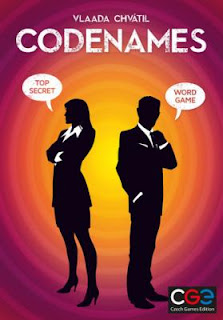 Geistes is a game that Sue and I had seen demonstrated just before Christmas and we bought it thinking it would be fun.....

How wrong could I have been. I found it the most infuriating and frustrating game of the season, whilst everyone else thought it was great fun and continue to make fun of me as I just couldn't get the hang of shouting out when the book was on display and grabbing the item or card when it was not. I would expect anyone who knows this game to understand what I mean.

Great family fun for everyone except me. 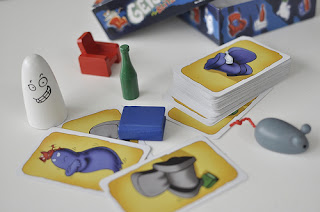 Camel Up, another game that had been recommended to us just prior to Christmas. I think this was the highlight game of Christmas 2016 and I have no hesitation in recommending it to others. A great family game with loads of twists and turns 10 out of 10.

I found the production values of this game to be some of the very best I had ever come across. We only played two rounds, but I look forward to having a proper game; with four or five rounds and building up my winnings in the very near future. 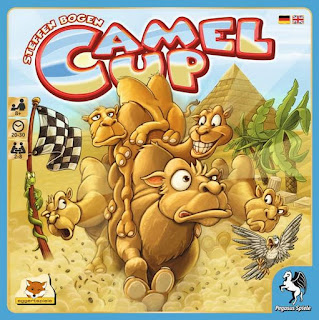 Finally, I had two games of traditional Dungeons & Dragons with Holly and Gary. A real 'blast from the past' and although neither game was played to a full conclusion. It re-kindled some great nostalgic moments with my two (now grown up) children.

What a fantastic array of games!

I'll have to look out for Camel Up. Ultimate Werewolf! I have heard great things. I really must buy it.