Miniature Wargames issue 356 (December) has part two of my modelling and painting article - The Chapel at Rofenburg. Another three page spread showing how I painted and based the model. 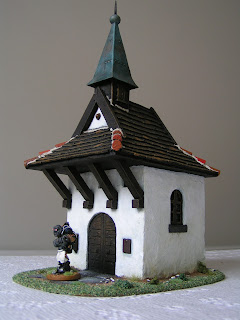 These two images show the gravestones situated to the rear of the building and a couple of early Flintloque duelling Elves for scale. I know from the number of hits that part one received on this Blog that there were many followers and readers who found the construction article of interest. I would hope that the painting article proves just as popular. 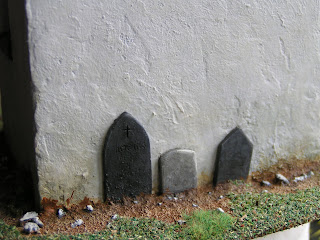 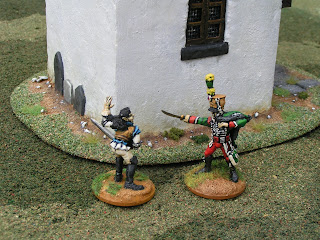 Issue 356 - December 2012 from Atlantic Publishing, follows the same layout as the previous issue, however I think the 40mm AWI figures from Front Rank that feature on this cover are better than the Samurai shown on last months issue.

Content has a Morale theme running through it, which I found interesting, however my favourite articles were the Dark Horizons piece by Gary Mitchell and the guest editor article called On the Front Line by Tony Smallwood. 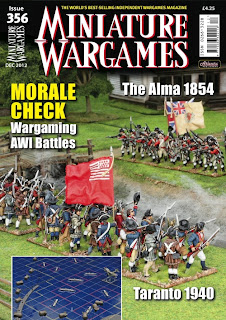 Miniature Wargames issue 356, retails for £4.25. I picked my copy up from WHSmiths in Kidderminster.

That looks a lot better than the previous issue.
Well done on getting published again, I will be buying this months issue solely based on that!
Cheers
Rob