Armed with my digital camera, I went in search of examples of suitably 'old' architecture in and around Swansea. The Cross Keys is reputed to be one of the oldest buildings in Swansea City Centre, in fact one source has it as the second oldest building! But I was disappointed, as the building had been added to and renovated so much that there was little to betray it's origins. In addition the stonework is rather dull.
Now living near Worcester, I think I am spoilt for choice when it comes to old architecture and sources of inspiration.
The pub is situated just off Wind Street, the main nightclub and drinking area and below the remains of Swansea Castle. I had hoped that there might be something worth modelling, but with the exception of the stone mullioned windows (see below) there was very little inspiration. 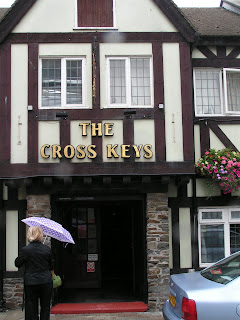 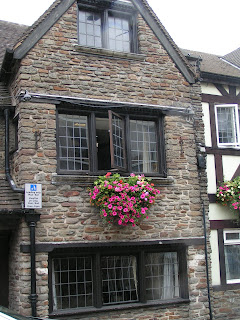 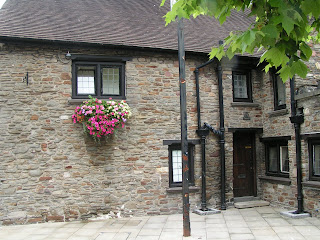 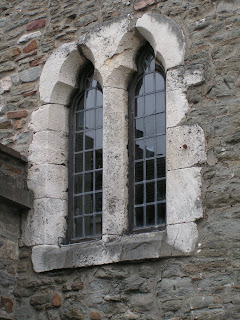 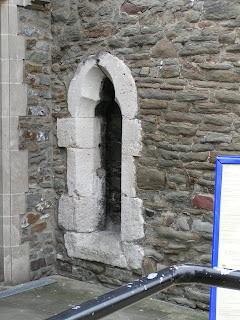 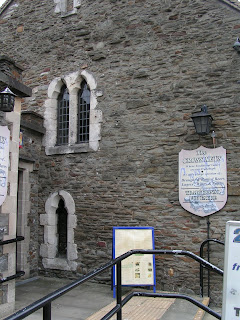 I have included this link, an official link from The Cross Keys, for anyone interested in reading about the buildings history;
http://www.oxkeys.com/about.html
During the same trip, I took a number of photos of Swansea Castle, a ruin that is situated just East of Castle Square and would have overlooked the Tawe River when built and Loughor Castle, another ruin situated on the road from Swansea to Llanelli. I will post photos in subsequent entries.
These photos and others are being used to build up a photo library of different building, stonework and features to help me with my modelling projects.
Tony
Posted by Tony at 00:40

There are many old buildings in my local area (Dagenham, East London) that are virtually unrecognisable. Most are old Victorian farmhouses that have been incorporated into the terraced streets of the borough. Most seem to have been altered and then plastered or pebble dashed into obscurity. I only discovered a few when a local guide was published a few years ago.

It’s a great pity because I expect most people living in Dagenham don’t think of the area as having a history prior to the building of the Becontree Estate in the 1930's.