These are a series of photographs of Loughor Castle, which is situated between Swansea and Llanelli alongside the A484. In truth there is very little which remains, but for me the main point of interest was the stonework, which contrary to Hollywood is not beautifully cut and shaped blocks, but a real mis-mash of small and uneven rocks! Even so the building has a real charm.
Photo One - Shows the complete ruin, the remains of a tower and a fallen stairwell (front left). For more information (and photos) check out;
http://www.castlewales.com/loughor.html 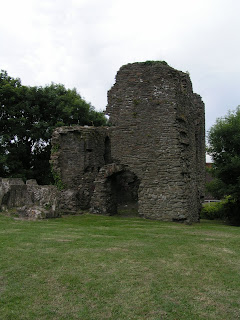 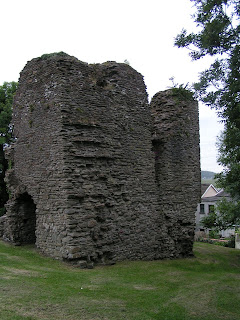 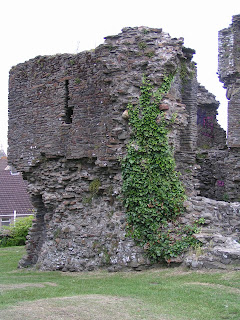 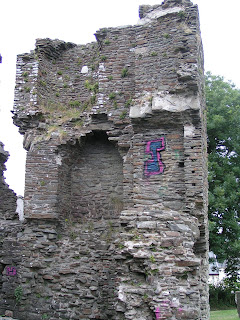 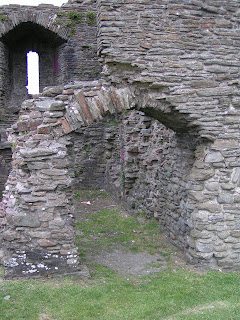 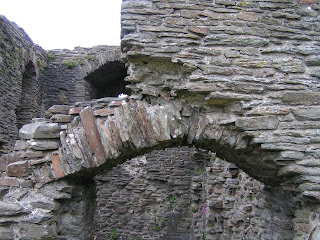 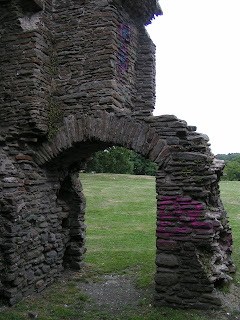 I found the exercise of studying and photographing old stonework has helped with my modelling. It is very easy to fall into a 'picture perfect' rendition of castle stonework, but evidence like Loughor proves that the truth is often much more interesting than the 'fairy tale' constructions so often seen on the wargaming table.
I do not envisage building a model of Loughor, however these images may help me to become a better modeller.
Tony
Posted by Tony at 08:53

Nice little place for a day out if I ever saw one. The link to Mrs Hills site was interesting - never knew so many existed in Wales though we did have the fun in staying in a castle folly for our honeymoon in North Wales :-)

I think modeling this would be a real pain in the seat but worth the effort - just think you may have the only none lego brick castle around :-)