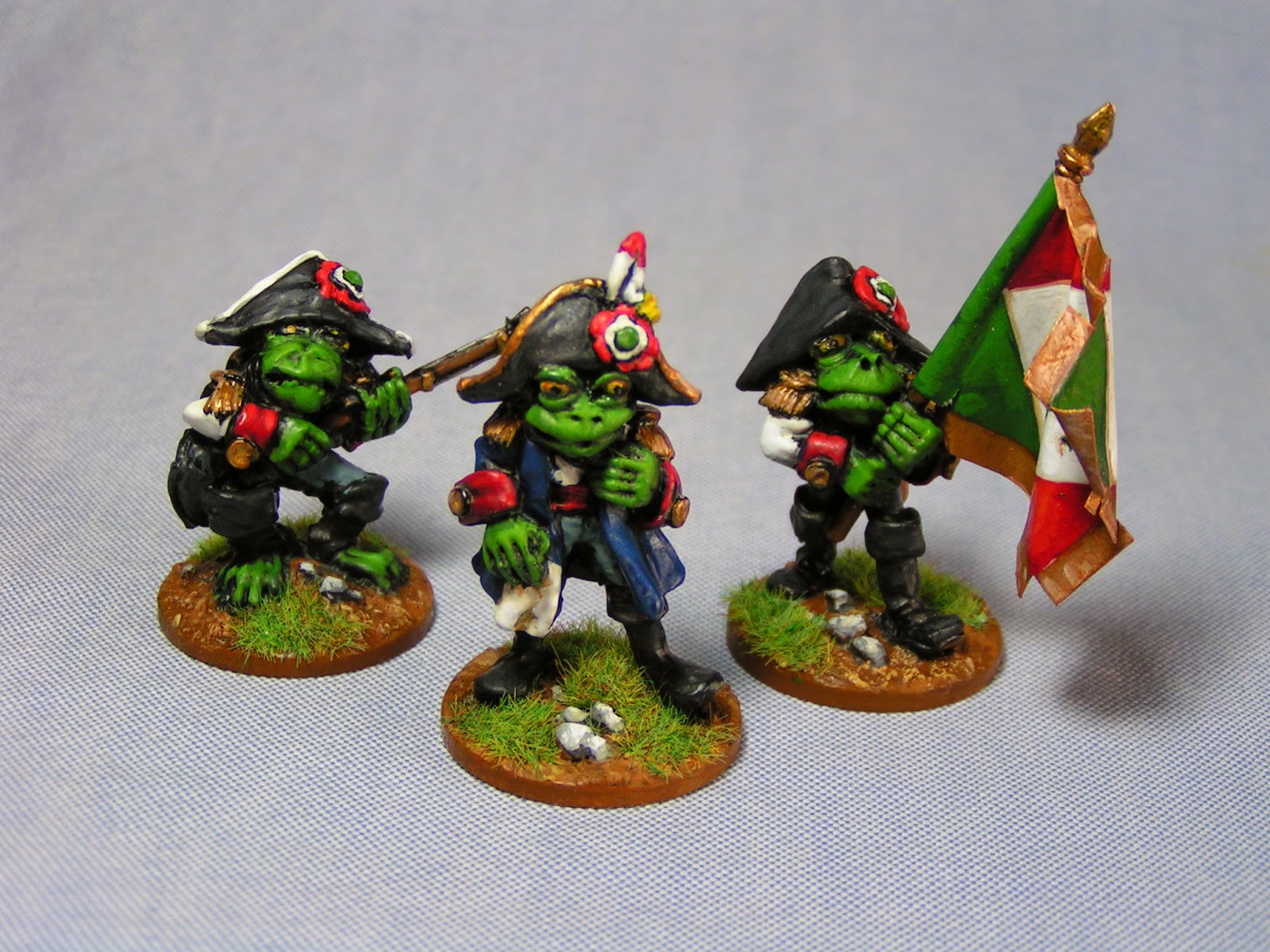 My On-Line Build for April, a group of eight Alternative Armies Todoroni is now finished. 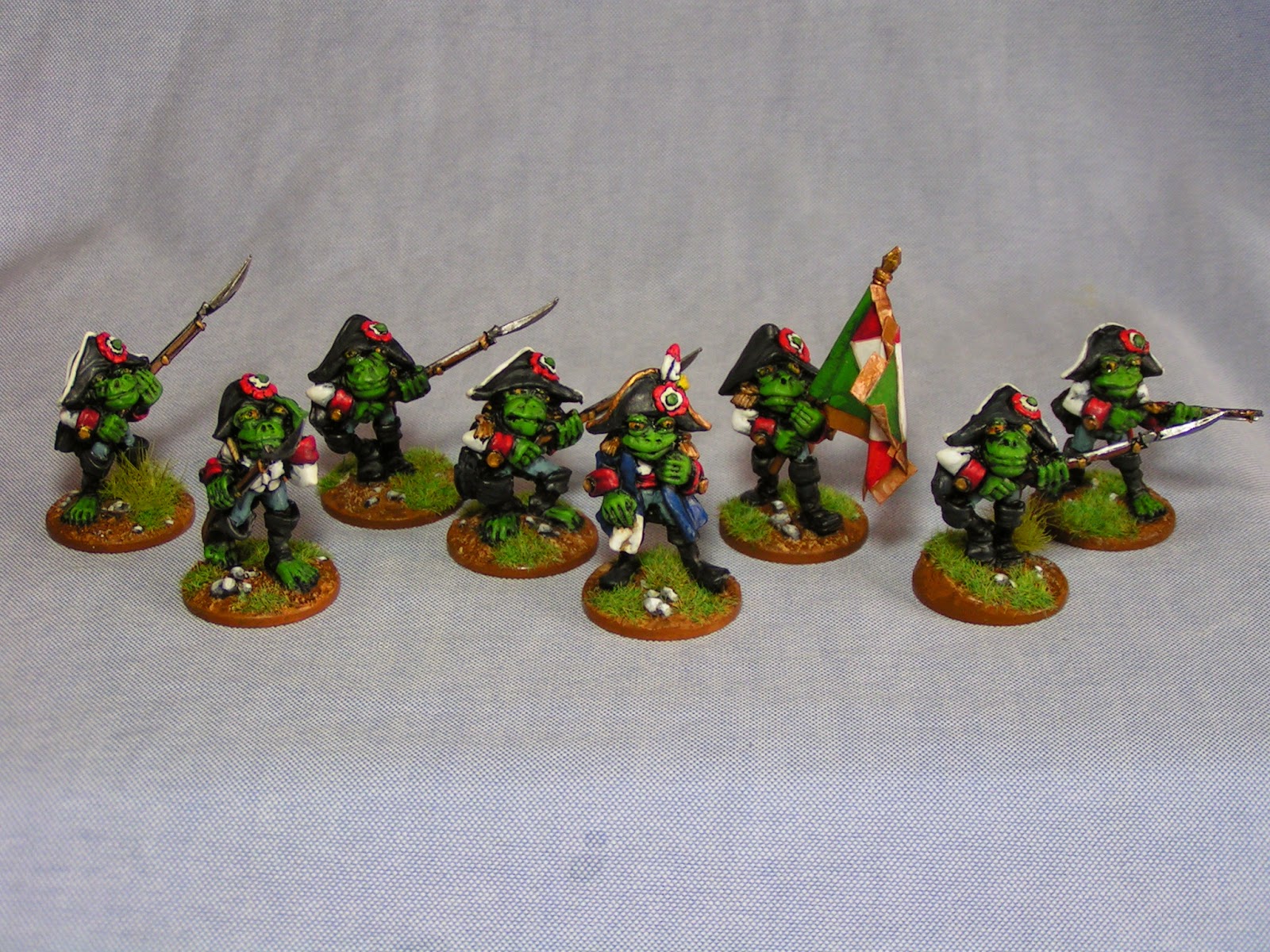 I used my new Static Grass Applicator, (see this link for details) to add the static grass. I found that the distance between the metal biscuit tin lid and the miniature bases was too much for the simple battery operated applicator and I was continually frustrated by either not being able to apply enough static grass or the miniature 'grounding' against the metal lid. I tried applying the static grass by holding the miniatures horizontally rather than up-side-down and this helped. However in the end I applied the static grass in a different way.....

I have also added the odd static grass clump (glued in place with superglue) to some bases.

The final image shows the group of eight Todoroni defending my latest piece of 'scratch-built' terrain, The Horseshoe Forge, full details of which can be found on this Blog and here. 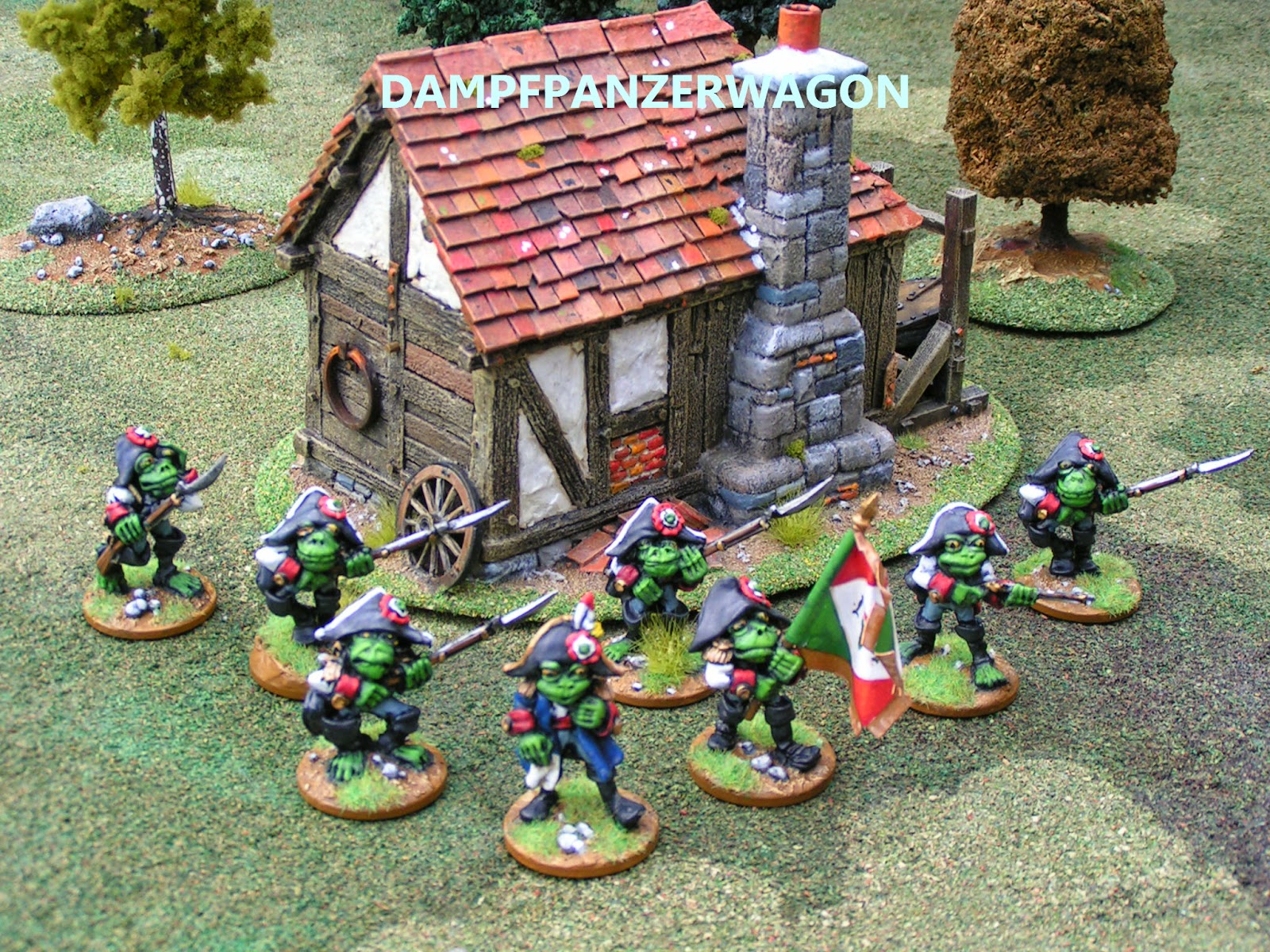 Another group of Flintloque Miniatures, another On-Line Build. I hope you have enjoyed it.

They are lovely! I will have to get banners made for all my units, it really finishes them off...
Well done mate and see you soon!

Fantastic work! Is it just personal preference to base on 2p coins instead of the 'normal' Flintloque bases?

"Is it just personal preference to base on 2p coins instead of the 'normal' Flintloque bases?"

It's more historical. The first Flintloque Figures I painted were based on 2p coins and I've continued to this day - nearly 20 years ago!

Ah , interesting! Do you play Slaughterloo as well?

"Do you play Slaughterloo as well?"