The last month, six weeks have been very busy, on the modelling front - printed magazine and Web-based articles, sculpting and continuing with some on-going projects. I am expecting a number of modelling articles to be featured on TMP, in the Alternative Armies Compendium and within the Rattrap Productions new magazine. In addition I have 'popped my toe in the water' and started sculpting some miniatures for production - more to follow.

Putting all that aside, here are a couple of 'work-in-progress' shots of some Flash Gordon miniatures I am currently working on.

Photos One, Two and Three
Dracci miniatures from Alternative Armies, code RM 095, 096, 097. I intend painting them up as Dractyls for Flash to battle. The Dractyls of the Flash Gordon/Fantasy Channel TV serial, were a bit of a loss, these winged Lizardmen, standing over 45mm tall tend to suit the name better! The miniatures are based on 40mm round bases. 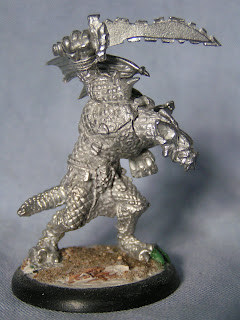 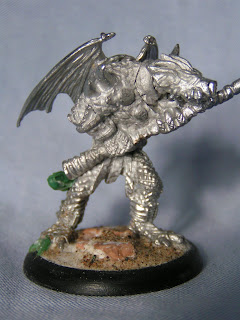 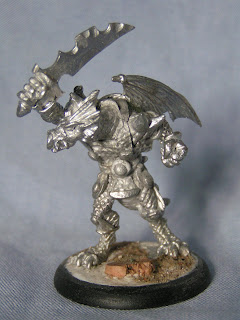 Photo Four
Another Earth Elemental, re-modelled as a Mudman, see earlier posts. The Right arm is from another model, grafted with 'green stuff' and Milliput. 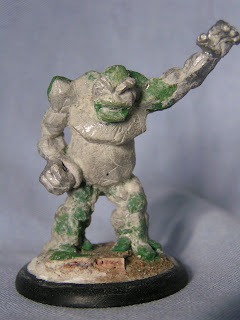