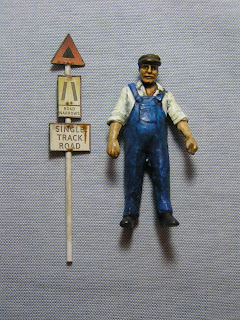 Update number twenty-eight of my themed month and as the last planned update, something a little unusual, a road sign.

The model is a scale representation of a typical sign from around the 1960's. It was inspired by this magazine image (below) that I cut out and kept. I'm sorry but I did not keep a record of which magazine it was from. Using techniques championed by Emmanuel Nouaillier, I have mounted the signs onto thin plastic card and then trimmed the plastic card before gluing the signs to a section of plastic rod and weathering with acrylic paints and washes.

My intention is to use the sign as a bit of highway scrap and place it with some of the other rusted metal work at the back of the layout. 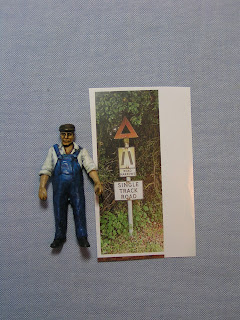 The themed month has forced me to finish off a number of scratch-built models of clutter in preparation for them being added to the still-to-be finished layout. Most of the pieces were modelled in short modelling sessions while listening to the football World Cup and sitting in the shed. I freely admit that I went a little over-the-top and am not sure that ALL of these pieces will be used on the layout.

Finally, here are two updates that didn't get shown in earlier posts. Another watering can/oil kettle scratch built from a section of plastic tubing and some aluminium foil. 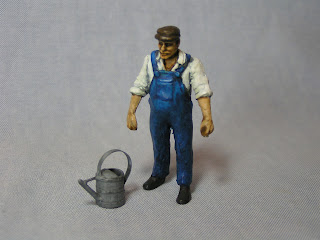 and another wheel/tyre from the £1.00 toy tractor. 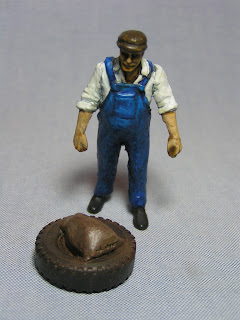 Once again, I hope that you have enjoyed seeing the progress.