A Pudigrochumsberg Barn for Flintloque 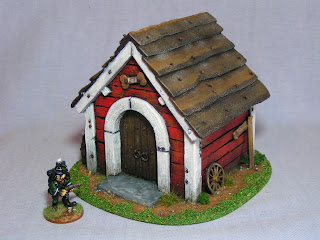 This scratch-built Barn was built as a challenge - to build a Pudigochumsberg themed piece of terrain to support the newest releases from Alternative Armies/Flintloque - the Pudigroan Line. For full details go to this link.

I wanted a completely different feel to this new piece of terrain and set about searching the Internet for suitable images.

In a moment of madness - I though "Dog Soldiers would live in kennels!" And the idea of a kennel shaped barn was born.

Image Two - This sketch is based on the traditional open-fronted dog kennel, the sort that we are all familiar with through hundreds of cartoons and comic illustrations 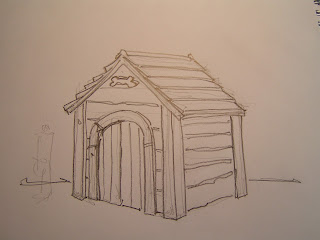 Image Three - The construction started by marking out some scrap cardboard. 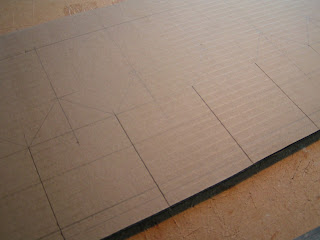 Image Four - The kennel profiles were cut out. 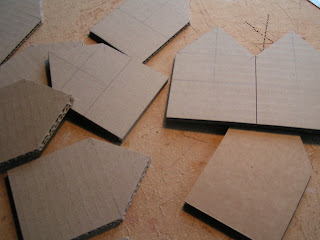 Image Five - And 'scaled out' to build a suitable sized barn. 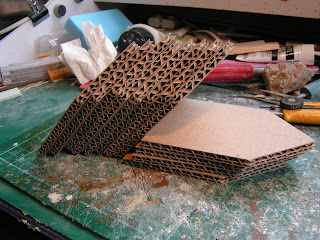 Image Six - I 'clad' the exposed corrugated cardboard with thinner and smoother card to give a firm base to build upon. 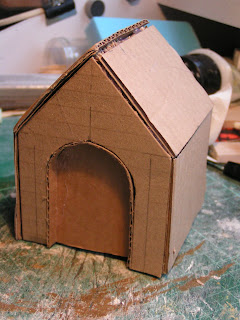 Image Seven - The walls of the kennel/barn were then covered in distressed lollipop sticks. I used superglue to glue the sticks them in place. 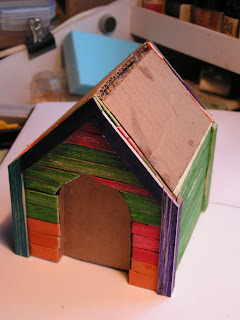 Image Eight - The barn at the same stage of construction, this time taken from a different angle. 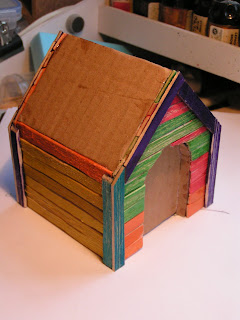 Image Nine - The doors are a single section of thin balsawood, while the arched door entrance is a single piece of Green Foam. Any gaps were filled with DAS modelling clay. 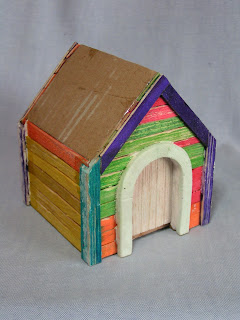 Image Ten - Detailing began with some balsawood eaves and I have based the barn on an oval of 3mm thick plastic card with the groundwork built up from DAS. 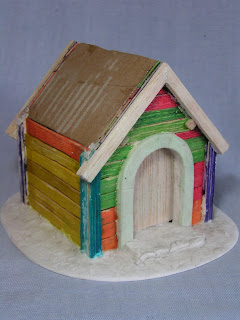 I have added some resin barrels to the side. I felt that the model needed something to give an impression of 'scale'. 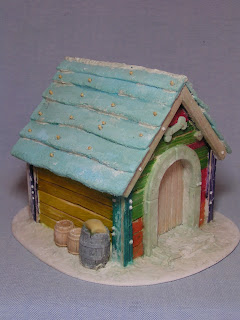 Image Twelve - I have also added a 'bone' shaped name plate - after all this is a bit of FUN. 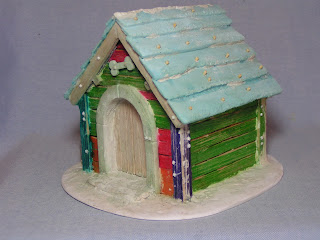 Image Thirteen - The main doors have been further detailed with plastic card rivets and a couple of bent wire handles.

The groundwork was further textured with sieved sand applied over uPVA glue. 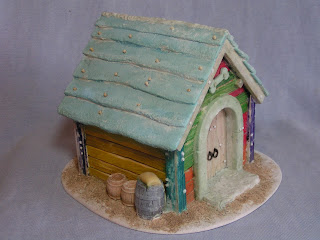 In part two I will talk you through the painting of this Kennel-Shaped Barn, but for now I hope you enjoyed this piece of complete madness!