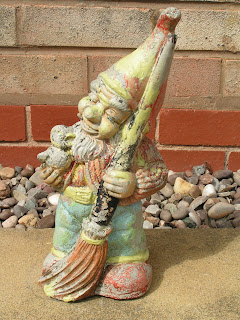 I had planned to start the painting by now, but instead I have undercoated or primed the Garden Gnome with waterproof uPVA glue. I thought it would be wise to have all the preparation done before I start adding any paint. This is a step that will have little effect on the model for now, but which I hope will give the paint scheme a much longer life. 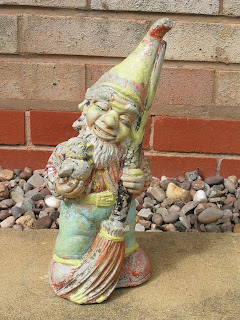 I have uploaded some images of my Mother-in-Laws Garden Gnomes which were repainted by Sue and I some years ago. The big difference between these and the concrete Gnome above is that these are made from a pottery or clay like material and are hollow. 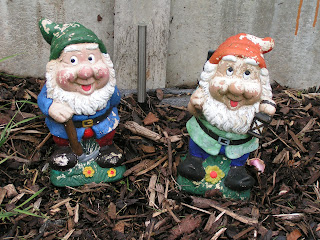 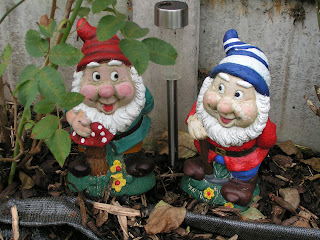 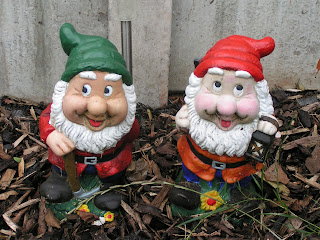 This final Gnome was Sue's and is over thirty years old. The mushroom is a garden ornament to which I have added a door and a chimney. 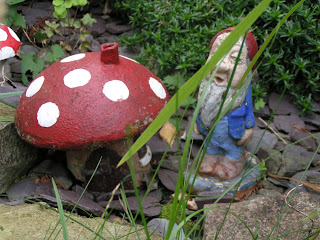 While these three mushrooms and the rabbit are concrete garden ornaments which have been repainted by Sue or I. 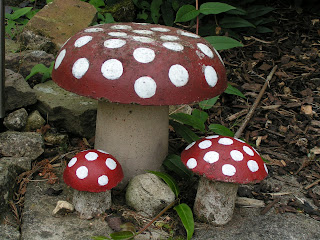 Great stuff. The faces on the M.I.L´s gnomes are classic :-D

Great stuff! I really like Gnomes, but Hannah won't let me get any!