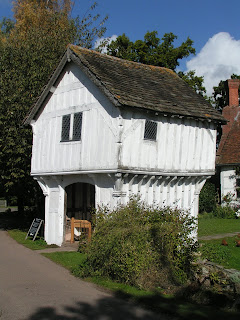 Sue and I spent the morning at Brockhampton a National Trust estate near Bromyard, Herefordshire. This was the first time we had visited this particular site and were very impressed with the grounds and the main Manor, particularly the 'close timbered' Gate House that bridges the moat. 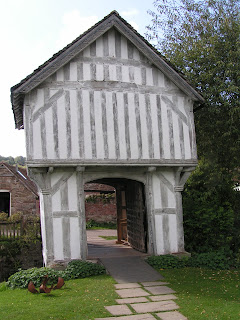 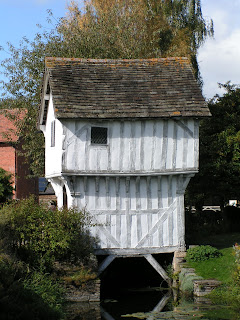 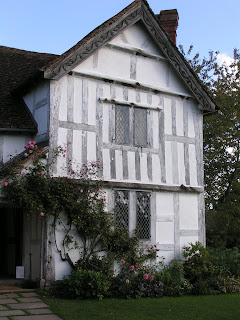 The main house has many attractions - one of which was this beautifully built model of a Timber framed house. In the same room was an architect's desk complete with part drawn plans, drawing tools and even some coloured inks. I was particularly interested in a book on Timber Buildings and Construction that I was permitted to look through and even had my photo taken at the desk..... 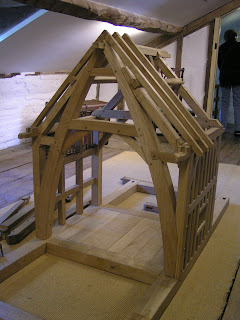 Tucked around the back of the house is this ruined chapel - which has loads of modelling potential. 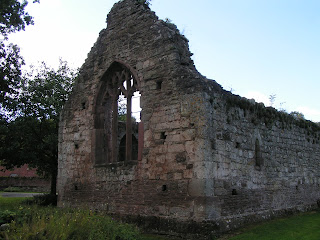 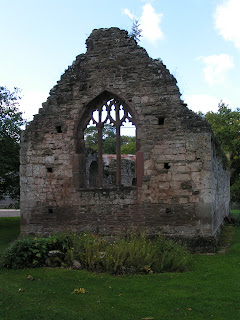 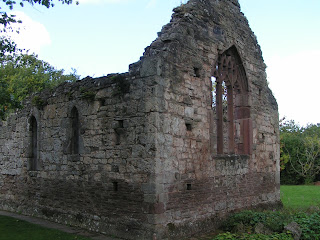 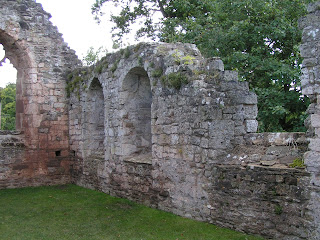 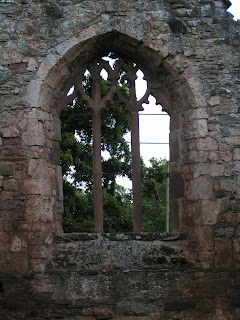 On the way back to the carpark, we picked Damsons (there was a very good crop) and later still Sue made Damson Jam, a sample of which I am eating while typing this post.

This was one of the best National Trust visits we have had this year and I would recommend it as a great day out. For further details see this link.

NOTE;
The following image was posted in response to Paul's comment and gives details of the construction of the gatehouse - when and how it was made. 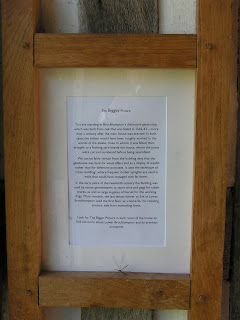 Nice. I´ve got the gate house on my list of buildings to make. I´ve tried finding info on what it might have looked like in the 14th Cent..what type of wall surrounded the estate (if one did) but nothing so far. Your photo of the timber model of a cruck Frame is one of the best I´ve seen.

The damson jam from Brockhampton is to die for!
We've had many a nice picnic by the moat there.

"I´ve got the gate house on my list of buildings to make. I´ve tried finding info on what it might have looked like in the 14th Cent..what type of wall surrounded the estate (if one did) but nothing so far."

I'm not sure if this building as around in the 14th Cent. From what I remember - it is a newer build made to look old.

I will see if I can find out additional information.

Also from what I have seen there was NO wall around the main house.

Again I will try to find additional information.

And I'll send you some more images.

Hi Tony,
mail sent :-D..and thanks for the update

Thanks Tony.
I tried to send a mail but my Provider siad it had "bounced" It does that sometimes, says the message failed but it got through anyway..anything arrived your end?