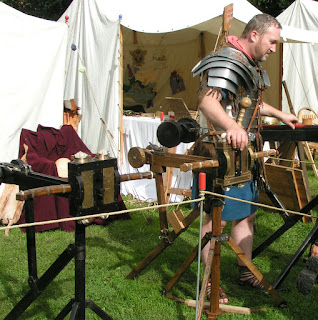 Earlier today Sue and I had a stroll around Vines Park, Droitwich to check out the 2015 Salt Day. As last year the Roman Legionnaires were out in force. They are regular visitors to this Fayre. 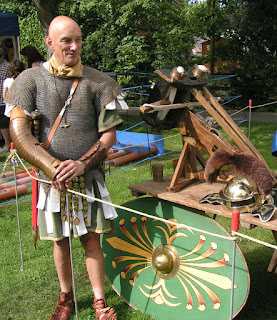 I was able to chat to a number of the reenactors and even handle some of the reproduction weapons and equipment. 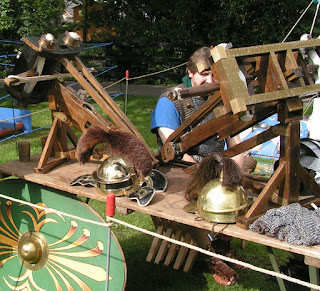 I thought that this pigs skin water/wine flask was worth recording. I can see this being modelled. 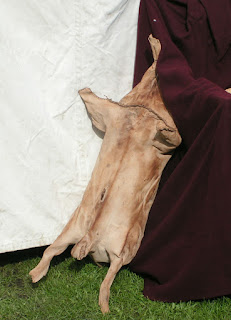 There was a very informative demonstration on how to make mail armour. It is amazing just how heavy this stuff is! 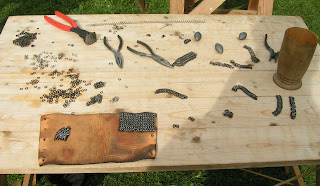 I then had a long conversation about the Roman Pilum. I had read that the metal shaft between the main spear point and the weighted join was made from 'soft' metal - so that it would bend when impaled on an enemies shield. I was told in no uncertain terms that this was NOT TRUE and that the shaft is actually hardened metal!

I was given the chance to handle the Pilum and can confirm that this model at least was weighted just below the weighted join to the bottom left of this picture. 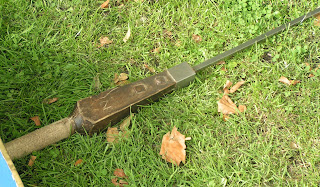 These water containers were on display to the side of the marching fort kitchen. 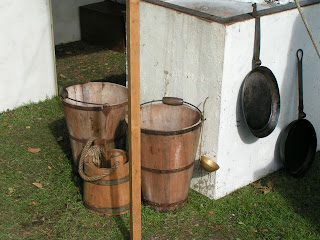 And these wine jars were to the other side. 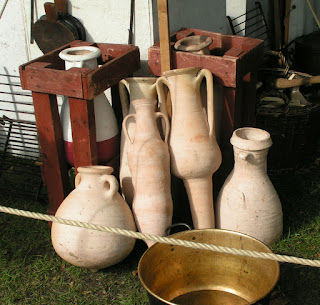 The final two images show the equipment that was on display. 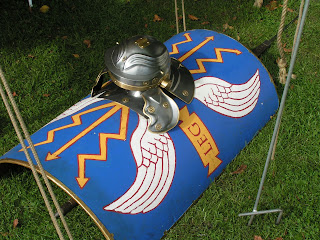 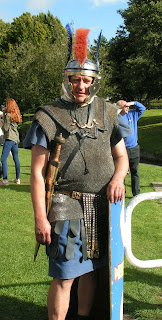 Great fun and very informative. For more information about The Roman Military Research Society (or RMRS) go to this link.